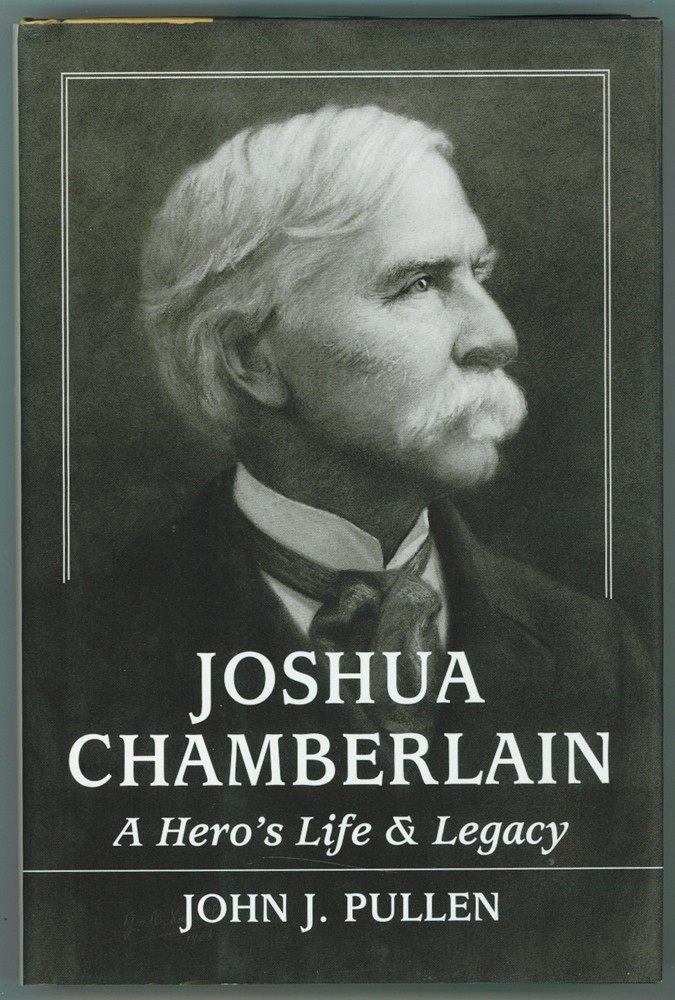 light edge wear; Dust jacket in Mylar jacket protector. A bright, solid book ; B&W Illustrations; 8.57 X 5.81 X 0.97 inches; 192 pages; "Joshua Lawrence Chamberlain (September 8, 1828 – February 24, 1914),[1] born as Lawrence Joshua Chamberlain, was an American college professor from the State of Maine, who volunteered during the American Civil War to join the Union Army. Although having no earlier education in military strategies, he became a highly respected and decorated Union officer, reaching the rank of brigadier general (and brevet major general). For his gallantry at Gettysburg, he was awarded the Medal of Honor. He was given the honor of commanding the Union troops at the surrender ceremony for the infantry of Robert E. Lee's Army at Appomattox Court House, Virginia. After the war, he entered politics as a Republican and served four one-year terms of office as the 32nd Governor of Maine."