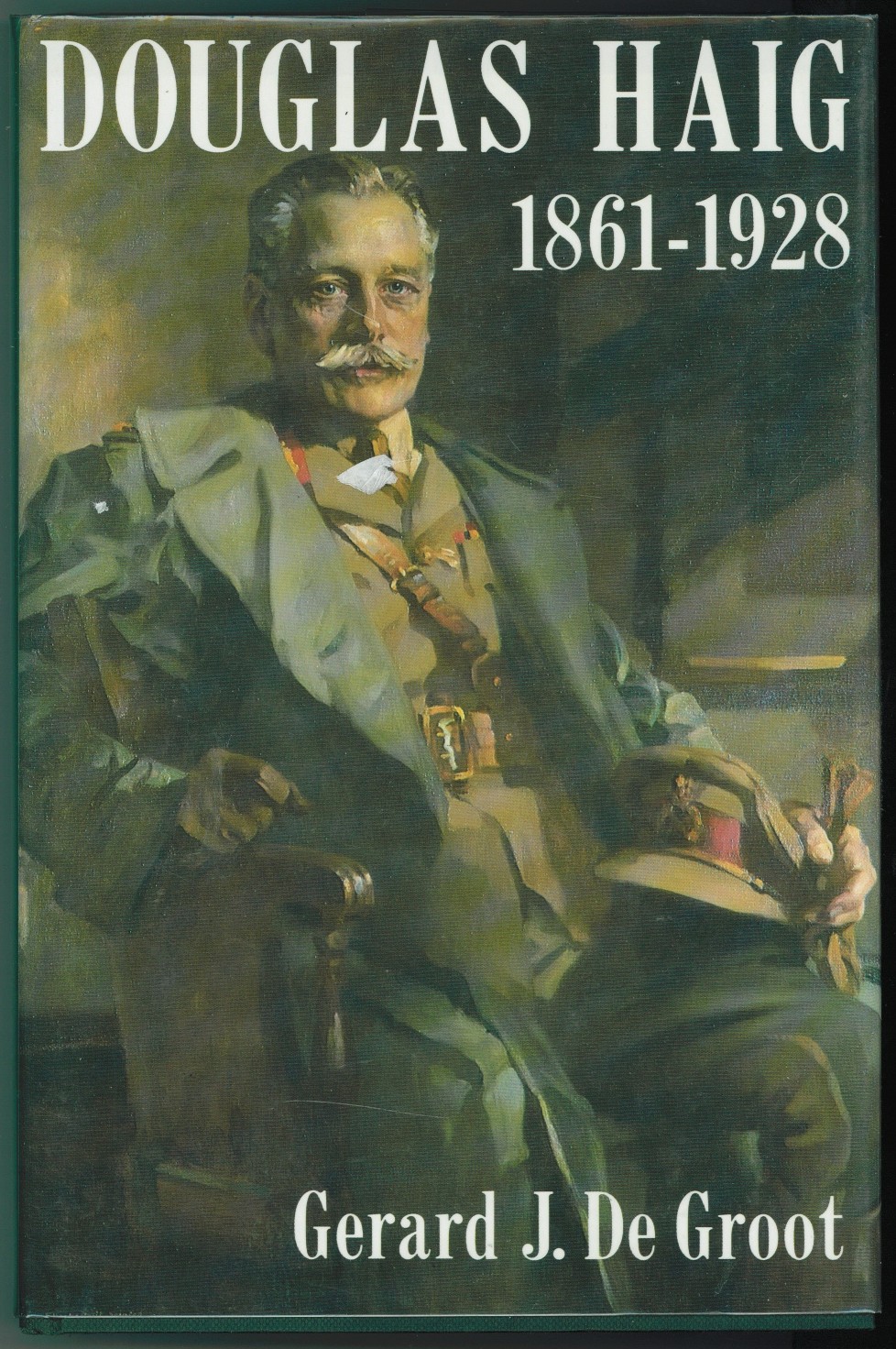 Only slight wear. ; A bright, solid book DJ in protective Mylar sleeve, unclipped. ; B&W Illustrations; 9.10 X 6.70 X 1.60 inches; 496 pages; Sir Douglas Haig (1861-1928), the most controversial of the war generals, was born in Edinburgh on 19 June 1861. The Somme was prolonged battle of attrition with huge losses on both sides. Repeated charges were mounted by the British Home forces and the French under Joffre with only small advances. " In late August 1916, the "Byng Boys" moved from the muddy fields of Flanders to the Somme, where they took over a section of the front line west of the village of Courcelette. They ran into heavy fighting and suffered some 2,600 casualties before the full-scale offensive even got underway.In the major offensive which began at dawn on September 15 the Canadian Corps, on the extreme left of the attack, assaulted on a 2,000 metre sector west of the village of Courcelette. Advancing behind a creeping barrage (a tactic which had recently been introduced by the British, a consequence of adequately trained gunners, more and better guns and more reliable ammunition), the infantry was aided by the "new engine of war," the armoured tank... In the weeks that followed the three Canadian divisions again and again attacked a series of German entrenchments. The final Canadian objective was that "ditch of evil memory," Regina Trench. It repeatedly defied capture, and when the first three divisions were relieved in the middle of October, Regina Trench was closer, but still not taken. When the newly arrived 4th Division took its place in the line it faced an almost unbelievable ordeal of knee-deep mud and violent, tenacious, enemy resistance. However, despite the almost impenetrable curtain of fire, on November 11 the Division captured Regina Trench—to find it reduced to a mere depression in the chalk. A week later, in the final attack of the Somme, the Canadians advanced to Desire Trench—a remarkable feat of courage and endurance. The 4th Division then rejoined the Corps opposite Vimy Ridge. The Somme had cost Canada 24,029 casualties, but it was here that the Canadians confirmed their reputation as hard-hitting shock troops. "The Canadians," wrote Lloyd George, "played a part of such distinction that thenceforward they were marked out as storm troops; for the remainder of the war they were brought along to head the assault in one great battle after another. Whenever the Germans found the Canadian Corps coming into the line they prepared for the worst." Haig, long vilified for the great losses during the Somme was somewhat redeemed by the gains made by the Canadians.