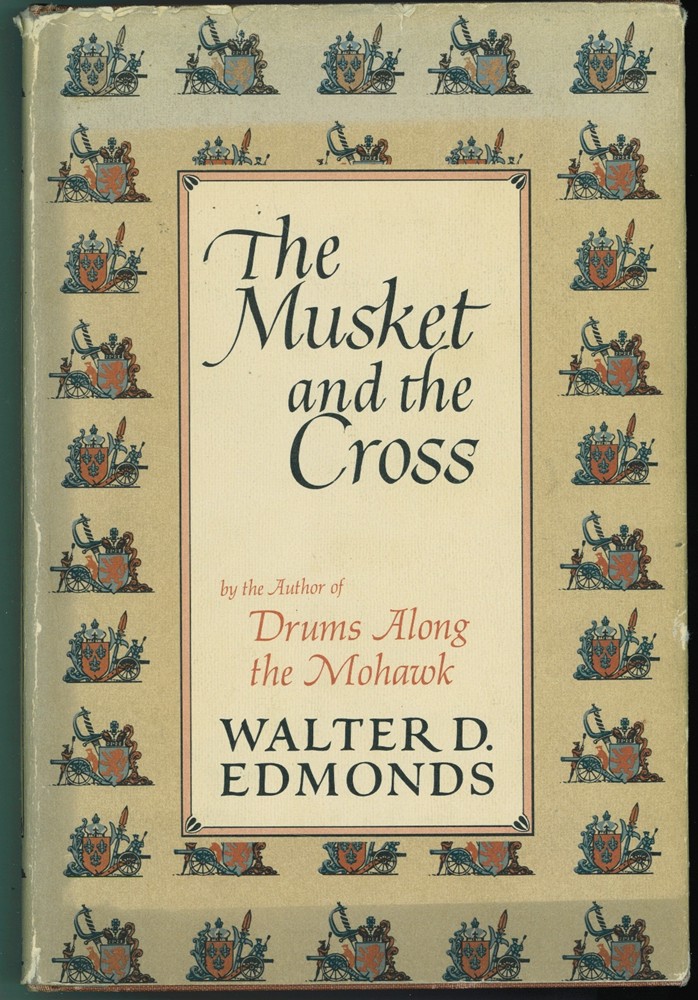 The Musket And The Cross ; The Struggle of France and England for North America

Price clipped dust jacket worn with chips and creases across top edge. Previous owner's stamp on front free end paper and blank page, light shelf soil bottom page edges. Dust soil top page edges.; A bright, solid book, dust jacket in Mylar jacket protector. Only light wear to the reddish bown cloth covered boards with gilt design and maroon title, same on spine. Hinges intact. Stated first edition. ; Large 8vo 9" - 10" tall; 514 pages; The focus of this historical chronicle is the protracted, complex struggle between France and England for the possession of North America (Canada and the US). The struggle crossed the borders as appears in the four parts he has divided the book into. Part one; - a detailed look at the growth and structure of French (or Lower) Canada, peculiar feudal nature of Canadian society, the functions of the Company of New France, the colony's relations with the Indians (Iroquois) explaining their culture. The Jesuit missionaries are a particularly factor in this tale. Part two; - deals with events in new York, new England and Virginia, the rivalry between the Dutch and the English, life in New Amsterdam, the Pequot War and othe Indian skirmishes in New England, settlement of Jamestown, Part three: - Loss of New Amsterdam to the English and other conflicts in the northeast US, Part four; - takes us back to Canada and the consolidation of French power there. The French explorers Joliet, Marquette and La Salle explore down the Mississippi. The culmination is the beginning of the 'cold war' between the French and English, each jockeying for the affections of the local Indian tribes for their aid in the conflict.

Title: The Musket And The Cross ; The Struggle of France and England for North America

The Musket And The Cross ; The Struggle of France and England for North America