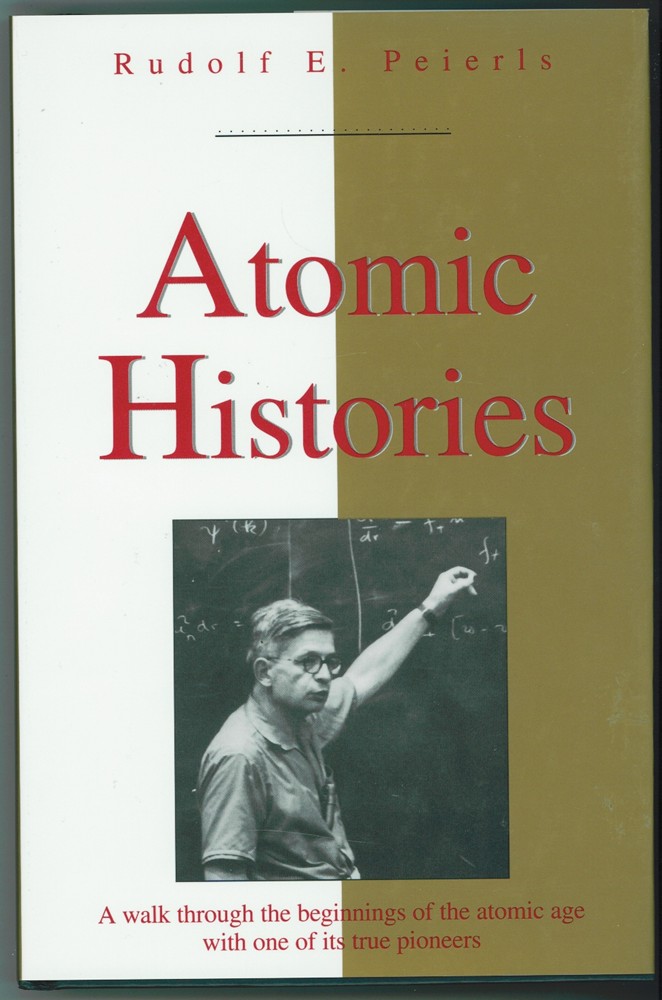 As new; A bright, solid book, dust jacket in Mylar jacket protector. ; Masters of Modern Physics; 9.13 X 6.46 X 1.10 inches; 378 pages; Highly respected physicist Rudolf Peierls offers an enlightening collection of essays, book reviews, and candid profiles of some of the most famous scientists of the 20th century. Many of the essays are concerned with the nuclear arms race, which Dr. Peierls has consistently opposed. The book reviews are most revealing and reflect Peierls's position on the Strategic Defense Initiative and his views on energy policy. Peierls also writes about mentor Wolfgang Pauli, the controversial figure of Werner Heisenberg, J. Robert Oppenheimer as a troubled young man, and personal friends Herbert Skinner, Niels Bohr, Max Planck, and others. About the Author In 1940, Rudolph Peierls, together with Otto Frisch, put forth the theory that if U-235 could be separated from U-238, an 11 pound bomb could be produced with the equivalent power of several tons of dynamite. Educated in Germany, Dr. Peierls went to Zurich in 1929 to assist the pioneering physicist Wolfgang Pauli. In 1932 he became a Rockefeller Fellow and went to England as a researcher. He remained in England after Hitler came to power and following World War II he taught at the University of Birmingham and later at Oxford.