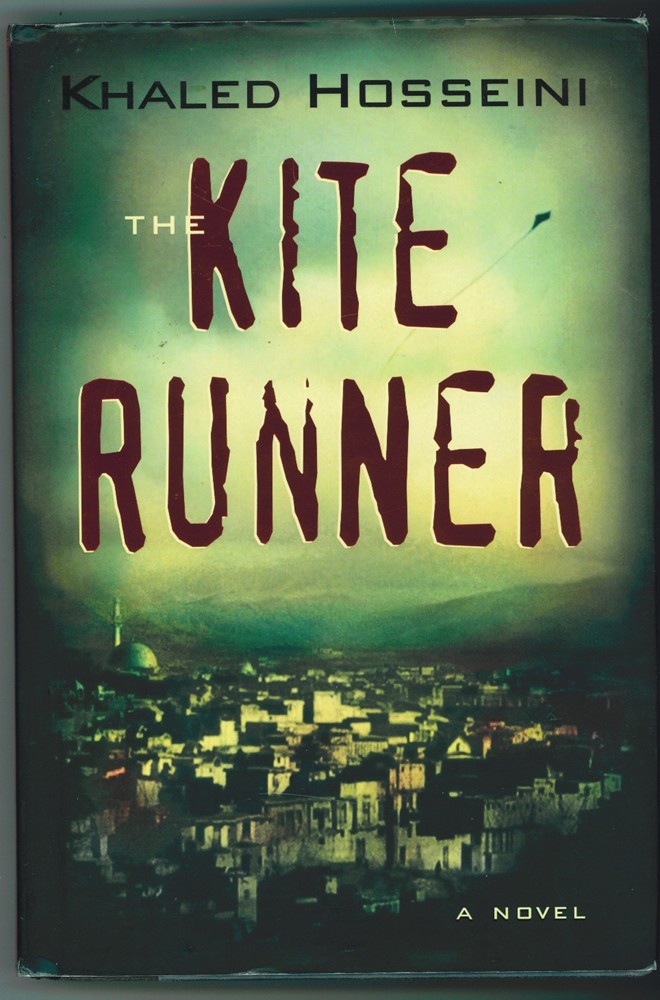 Bottom corners lightly bumped, general light edge wear to dust jacket ; A bright, solid book, dustjacket in Mylar, unclipped. Number line 1-10 present. ; Large 8vo 9" - 10" tall; 324 pages; "Hosseini's stunning debut novel starts as an eloquent Afghan version of the American immigrant experience in the late 20th century, but betrayal and redemption come to the forefront when the narrator, a writer, returns to his ravaged homeland to rescue the son of his childhood friend after the boy's parents are shot during the Taliban takeover in the mid '90s. Amir, the son of a well-to-do Kabul merchant, is the first-person narrator, who marries, moves to California and becomes a successful novelist. But he remains haunted by a childhood incident in which he betrayed the trust of his best friend, a Hazara boy named Hassan, who receives a brutal beating from some local bullies. After establishing himself in America, Amir learns that the Taliban have murdered Hassan and his wife, raising questions about the fate of his son, Sohrab. Spurred on by childhood guilt, Amir makes the difficult journey to Kabul, only to learn the boy has been enslaved by a former childhood bully who has become a prominent Taliban official. The price Amir must pay to recover the boy is just one of several brilliant, startling plot twists that make this book memorable both as a political chronicle and a deeply personal tale about how childhood choices affect our adult lives. The character studies alone would make this a noteworthy debut, from the portrait of the sensitive, insecure Amir to the multilayered development of his father, Baba, whose sacrifices and scandalous behavior are fully revealed only when Amir returns to Afghanistan and learns the true nature of his relationship to Hassan."