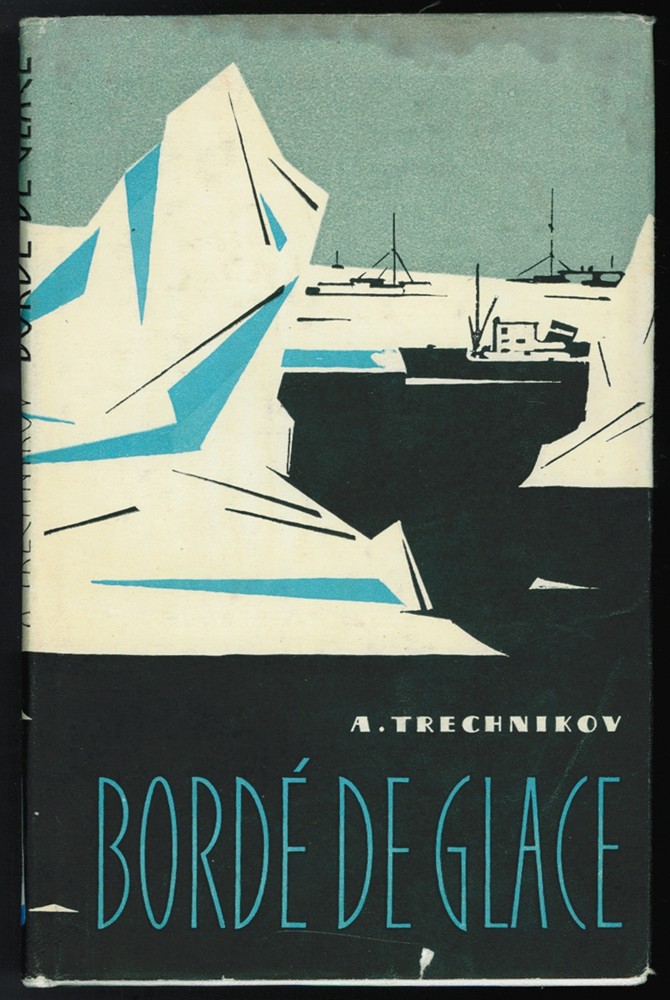 Dust jacket shows edgewear, chipping and short tears, water damage across top edge. White cloth covered boards with silver and black design show water damage to front board ; A tight solid book, dust jacket in Mylar jacket protector. Fold out map showing the areas of influence of the various countries and the extent of progress of the Russian expedition during the 1956-1958 period. Many B&W photos show life on the expedition and the equipment they used. Text in French; B&W Photographs; Small 8vo 7½" - 8" tall; 270 pages; Trechnikov/Treshnikov/Tryoshnikov was a Russian geographer and oceanologist who lived 1914-1991 and published many articles and books on conditions at both the Arctic and Antarctic. He was so highly regarded that he had a star and an icebreaker named for him. During the International Geophysical Year in 1957-1958 the Soviet Union established its presence in the Antarctic, starting a series of Soviet Antarctic Expeditions. The first expeditions, led by Mikhail Somov, Aleksei Treshnikov and Yevgeny Tolstikov, made multiple discoveries in the inner areas of Antarctica and reached the Southern Pole of inaccessibility and the Southern Pole of Cold. At the latter location, on the site of the Vostok Station, the subglacial Lake Vostok, one of the last major geographical discoveries on Earth, was detected deep below the Antarctic ice shield. This book is an account of that expedition with observations about ice conditions, weather and wildlife, seals & the different varieties of penguins.