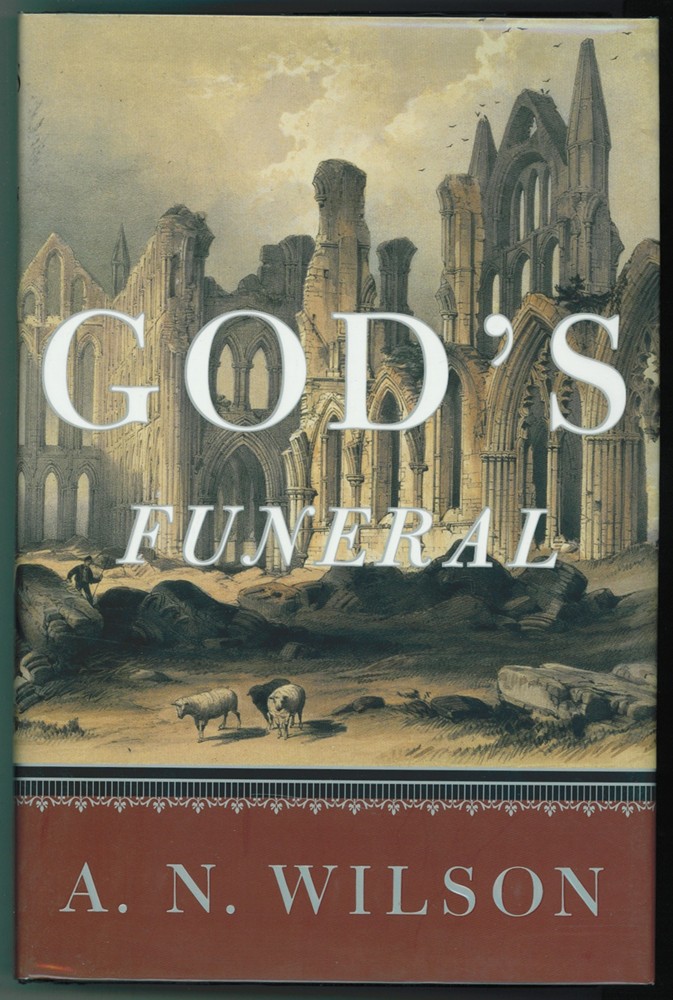 God's Funeral The Decline of Faith in Western Civilization

Only slight wear ; A bright, solid book, dustjacket in Mylar, unclipped. ; 9.80 X 6.40 X 1.40 inches; 402 pages; A magisterial, colorful narrative illuminating the central tragedy of the nineteenth century: that God (or man's faith in him) died, but the need to worship remained as a torment to those who thought they had buried Him. By the end of the nineteenth century, almost all the great writers, artists, and intellectuals had abandoned Christianity, and many abandoned belief in God altogether. This was partly the result of scientific discovery, particularly the work of Charles Darwin in The Origin of Species. (No reader here will soon forget the venomous Oxford debate between Thomas Huxley, brilliant defender of Darwin, and Bishop Wilberforce in 1860.) But as Wilson demonstrates in such fascinatingly diverse lives as those of Gibbon, Kant, Marx, Carlyle, George Eliot, and Sigmund Freud, the doubt about religion had many sources. By 1900, the Church of England, so vastly rich, so politically and socially powerful, could be pronounced spiritually empty, however full its pews might be on a Sunday. Echoes of the "Death of God" could be found practically everywhere: in the revolutionary politics of Garibaldi and Lenin; in the poetry of Tennyson and the novels of Hardy; in the work of Freud, connecting this "death" to our deepest wishes; and in the decline of hierarchical (male) authority and the first stirrings of feminism. Wilson's exquisitely detailed argument reveals the growth of a new imaginative order of unbelief that supplanted organized religion, and left in its wake a devastating sense of loss extending to our own times.

Title: God's Funeral The Decline of Faith in Western Civilization

God's Funeral The Decline of Faith in Western Civilization