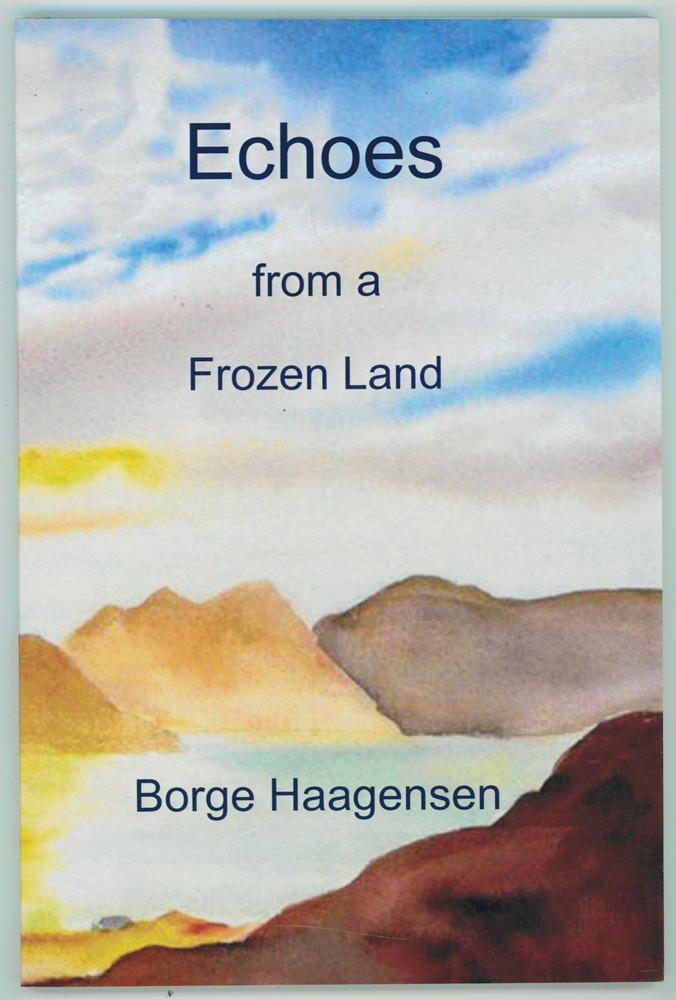 Echoes From a Frozen Land

As new, 1 copy is creased on back fly leaf. ; Glossy pictorial card covers ; Trade PB; B&W and Colour illustrations; 8vo 8" - 9" tall; 95 pages; As a young man in Denmark, Haagensen became enamoured of the ham radio and what it could be used for. As he grew and obtained his education, he discovered the Institute of Technology and a course for Radio Operators in Copenhagen. WWII was approaching and Denmark, being on the border with Germany, everyone was affected. Borge was too young to serve as a soldier but he still found interesting ways to use his knowledge to help the resistance movement, stiing up clandestine broadcast transmitters. After the war was his compulsory military service, a time working as radio technician in the navy and most interesting of all working in remote stations in Iceland and Greenland. Haagensen gradually built his network of international friends and a varried work experience and eventually married and moved to Vancouver on Canada's West Coast. He has continued his love of the North and has had a great deal of experience in Canada's high North. He worked for Trans Canada Airlines but eventually ended up breaking into a new form of communication with the newly formed CHEK television station in Victoria BC and on to other equally interesting occupations. The world was his oyster.

Title: Echoes From a Frozen Land

Echoes From a Frozen Land