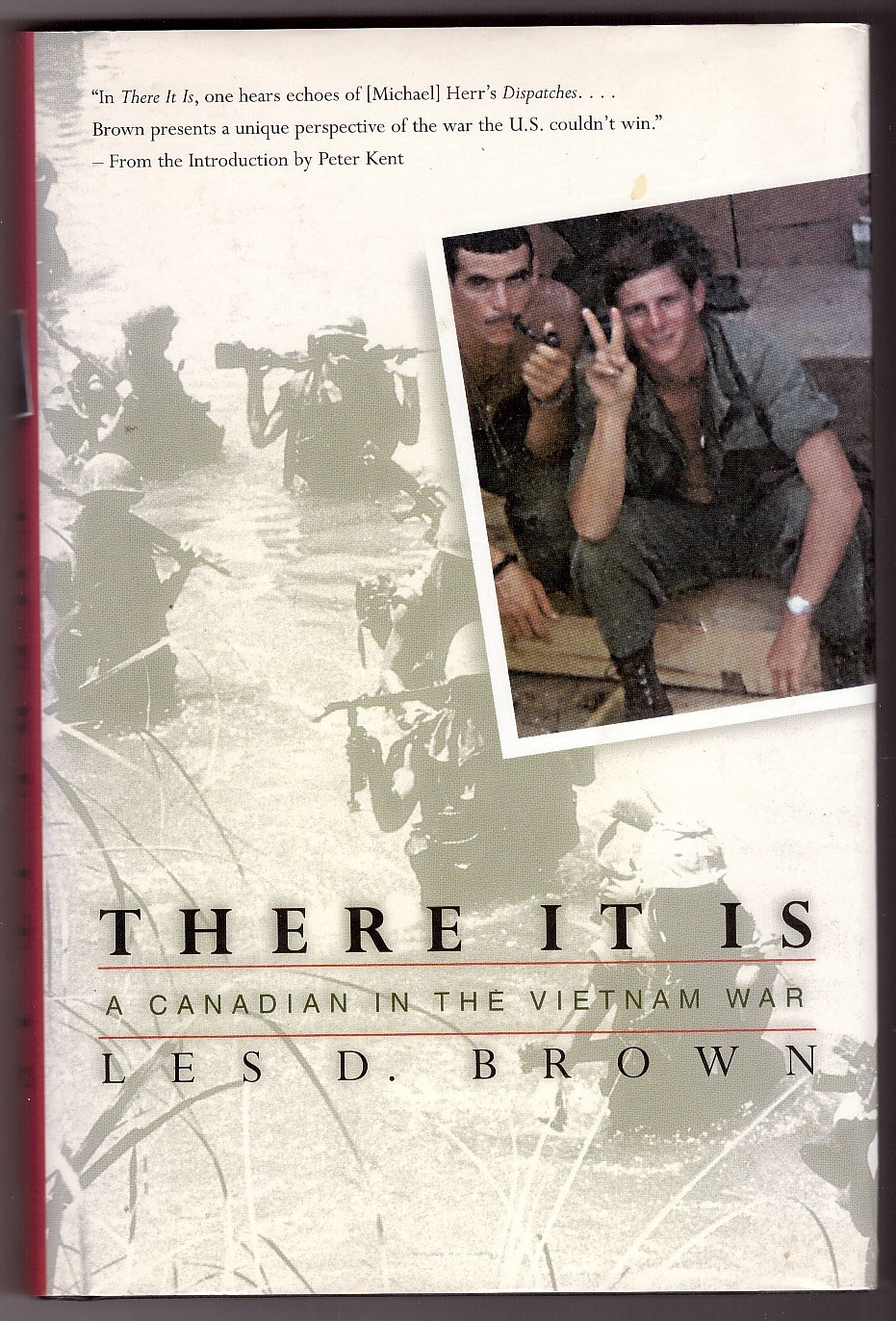 There It Is A Canadian in the Vietnam War

Only slight wear to book and DJ ; A bright, solid book, dustjacket in Mylar, unclipped; B&W Illustrations; 8.58 X 5.51 X 1.10 inches; 232 pages; Written with honesty and humour, There It Is brings us Les Brown’s compelling, grunt’s-eye view of his tour in the Vietnam War.In the raw language of soldiers, Brown describes what it was like to move through dense jungle in unbearable heat; to live in a world of perpetual danger and disease; to confront the enemy in battle; and to see his buddies die. Brown tells of his struggle to survive, a struggle which ultimately leads him to take a risky, rebellious stand.Featuring a scene-setting introduction by Global Television News anchor Peter Kent, There It Is is a powerful, personal account of war, and a surprising reminder of the role played by thousands of Canadians in Vietnam.

Title: There It Is A Canadian in the Vietnam War

There It Is A Canadian in the Vietnam War