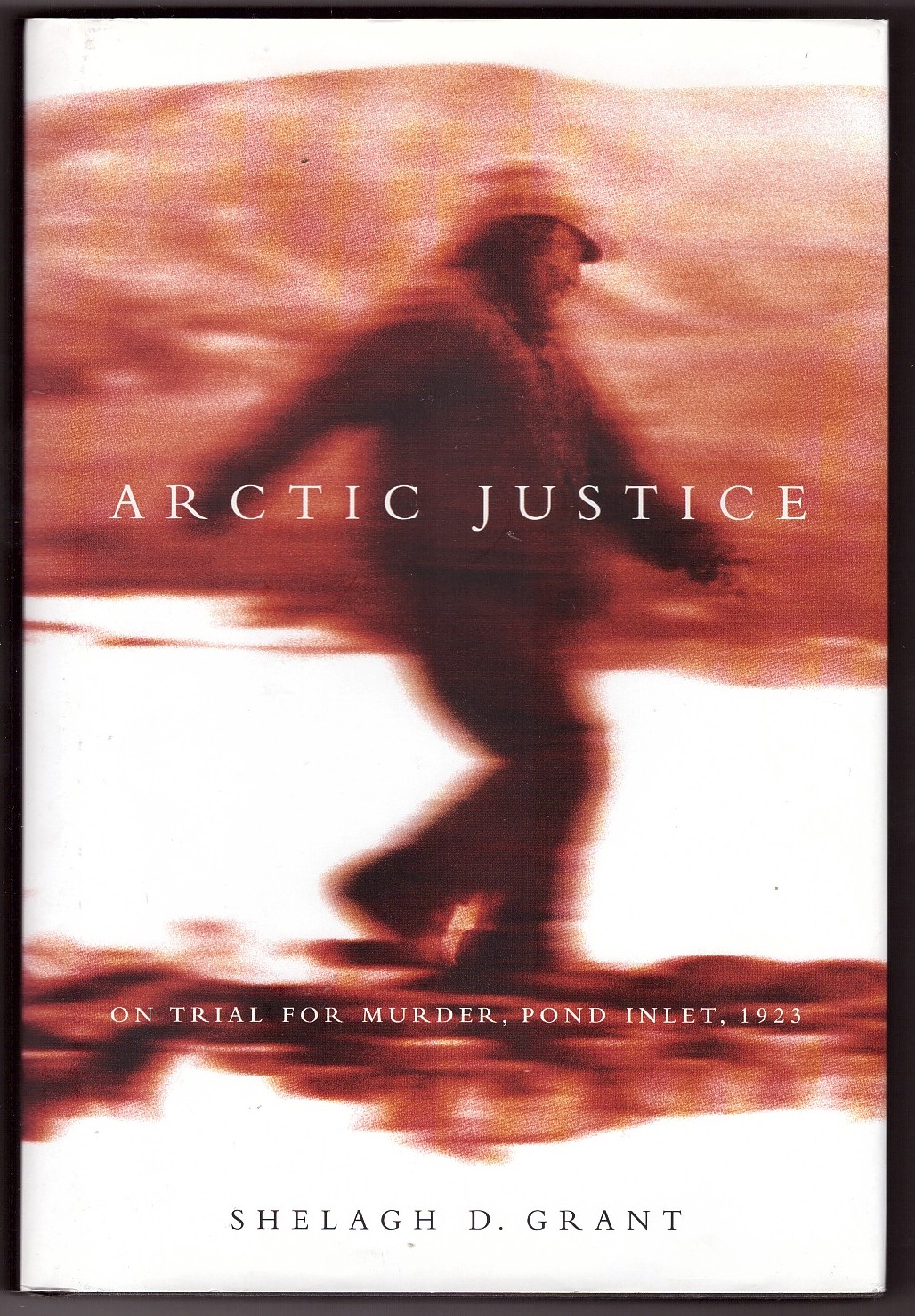 Dust jacket in Mylar jacket protector. A bright, solid book.; McGill-Queen's Native and Northern; 9.74 X 6.30 X 1.25 inches; 342 pages; "Arctic Justice is the story of the execution of a white fur trader by an Inuk. Shelagh Grant recounts how this event was crucial in establishing law enforcement in the High Arctic and documents its tragic consequences for Inuit in the subsequent decades. This compelling and generously illustrated account combines archival history with Inuit oral history to shed light on the conflicting values and perceptions of two disparate cultures. Despite the fact that Nuqallaq was following Inuit customary law in carrying out a collectively sanctioned act to defend the community from the dangerously crazed trader Robert Janes, Canadian authorities made the unprecedented decision to put him and two accomplices on trial for murder. Grant shows how this decision was motivated by Canada's international political concerns for establishing sovereignty over the Arctic and how the outcome of the trial - Nuqallaq's sentence to ten years of hard labour in Stony Mountain Penitentiary and subsequent death from tuberculosis - was determined more by fear than evidence. In what amounts to a social history of North Baffin Island in the twentieth century, Grant offers telling portraits of the people involved, including the victim, Robert Janes of Newfoundland; Captain J.E. Bernier of the CGS Arctic, explorer and friend to the Inuit; English trader and entrepreneur Henry Toke Munn; the investigating RCMP officer Staff-Sargeant A. H.; Judge L. A. Rivet, and others. Most importantly we meet the remarkable Nuqallaq, his wife Ataguttiaq, and the Inuit of North Baffin Island. Arctic Justice will appeal to anyone interested in the Arctic and its indigenous peoples, contact history, anthropology, legal history, and RCMP history."