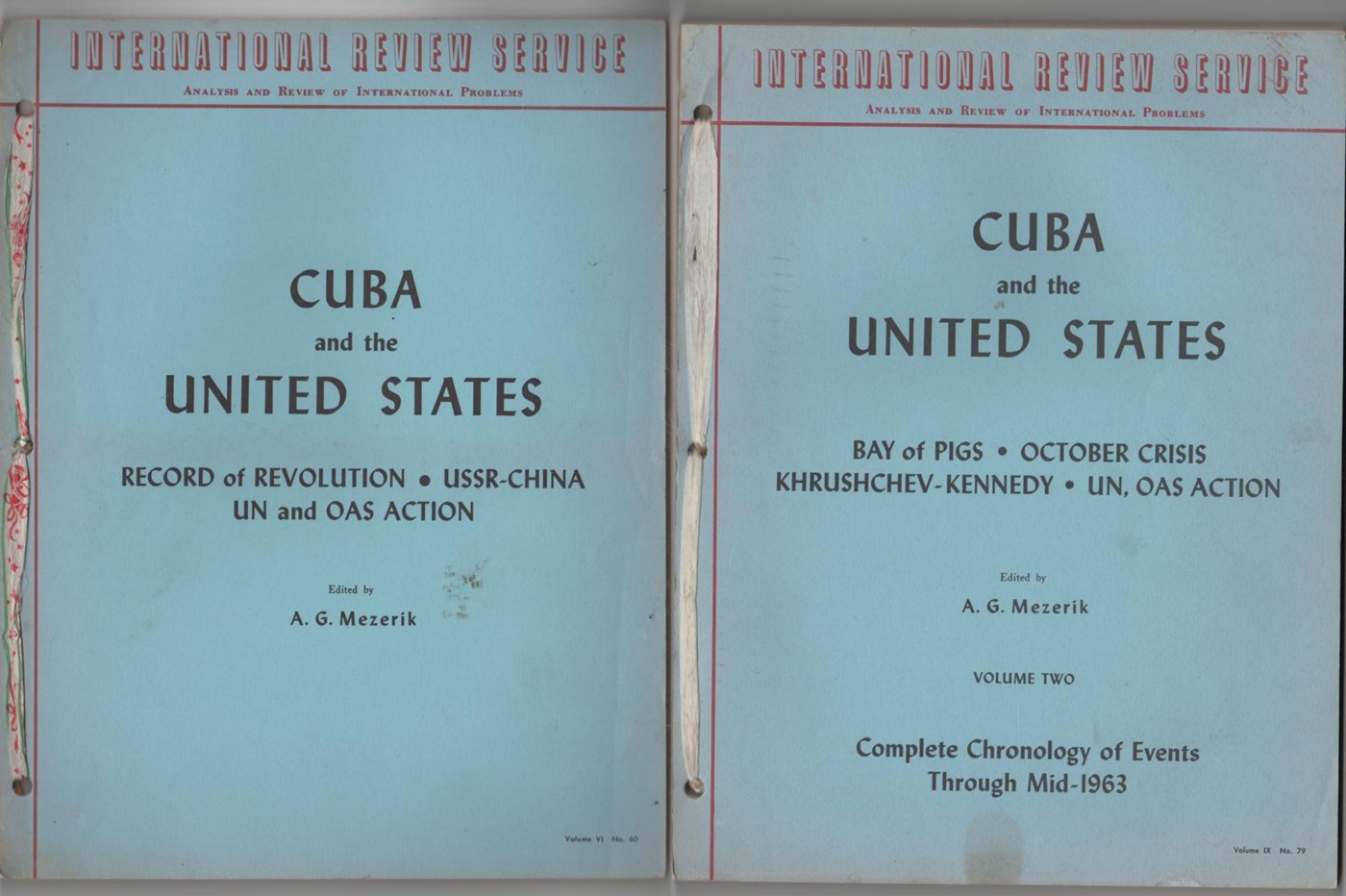 Blue card covers show some general wear, light soil and some creasing, extending to back pages ; Tight solid books. These publications are bound together with a ribbon like material ; Small 4to 9" - 11" tall; 163 + 49 pages; Both volumes of the Cuba and the United States series are included; Cuba and the United States; Vol. 1 Record of Revolution, USSR-China, UN and OAS Action (published in 1960) Vol. 2 Bay of Pigs, October Crisis, Khrushchev-Kennedy, UN, OAS Action. These books appear to be sponsored by the United Nations. Volume one, published in 1960, is an analysis of the rise of Fidel Castro and his followers, the reactions of the Organization of American States, the legal repercussions with regard to the Monroe Doctrine and the relations with the Latin American countries as well as the US embargo on exports to Cuba, which exists to this day. Volume 2 contains a brief analysis of the events and repercussions in Volume one and expands to include the events through to mid-1963. In that period the US, under John F. Kennedy, attempted to depose Castro as evidenced by the disastrous 'Bay of Pigs' attack. Later, the whole world held its breath, fearing a nuclear war between the US and the USSR when the US navy was instructed to blockade Cuba after evidence of a buildup of Russian nuclear weapons became evident to the US intelligence services. The 'October Crisis' which pitted JFK against Krushchev in a battle of wits is analysed as well as the actions of the UN and other countries which sided with Cuba. Also present are communications between the interested parties - JFK, Krushchev and U Thant, Secretary General of the United Nations . These books are scarce, available in libraries but none appear for sale in the major databases.