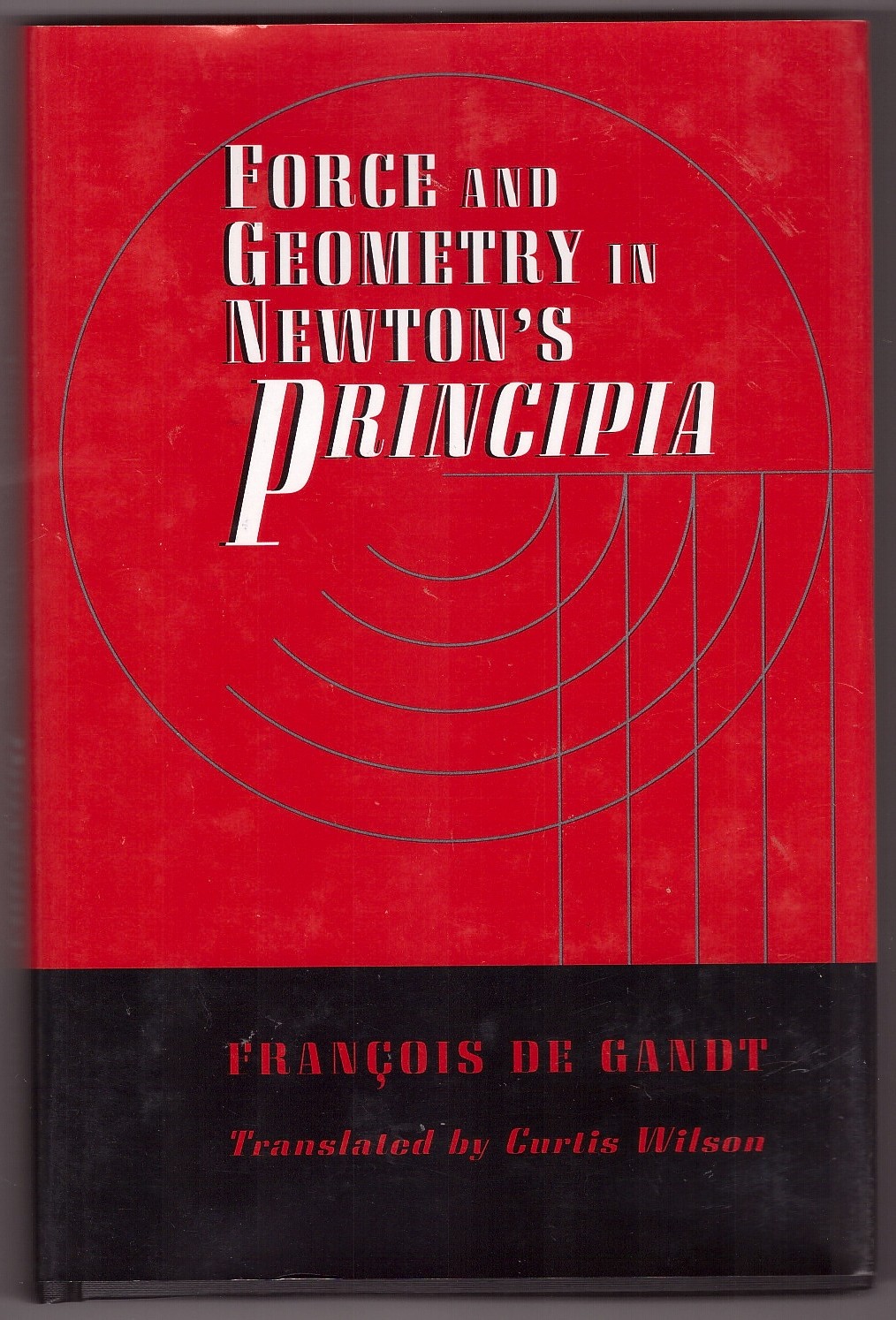 Force and Geometry in Newton's "Principia"

Only slight wear ; Dust jacket in Mylar jacket protector. A bright, solid book, text unmarked.; 9.75 X 6.50 X 1.25 inches; 296 pages; "In this book François De Gandt introduces us to the reading of Newton's Principia in its own terms. The path of access that De Gandt proposes leads through the study of the geometrization of force. The result is a highly original meditation on the sources and meaning of Newton's magnum opus.In Chapter I De Gandt presents a translation of and detailed commentary on an earlier and simpler version of what in 1687 became Book I of the Principia; here in clearer and starker outline than in the final version, the basic principles of Newton's dynamics show forth. Chapter II places this dynamics in the intellectual context of earlier efforts--the first seeds of celestial dynamics in Kepler, Galileo's theory of accelerated motion, and Huygens's quantification of centrifugal force--and evaluates Newton's debt to these thinkers. Chapter III is a study of the mathematical tools used by Newton and their intellectual antecedents in the works of Galileo, Torricelli, Barrow, and other seventeenth-century mathematicians. The conclusion discusses the new status of force and cause in the science that emerges from Newton's Principia."

Force and Geometry in Newton's "Principia"