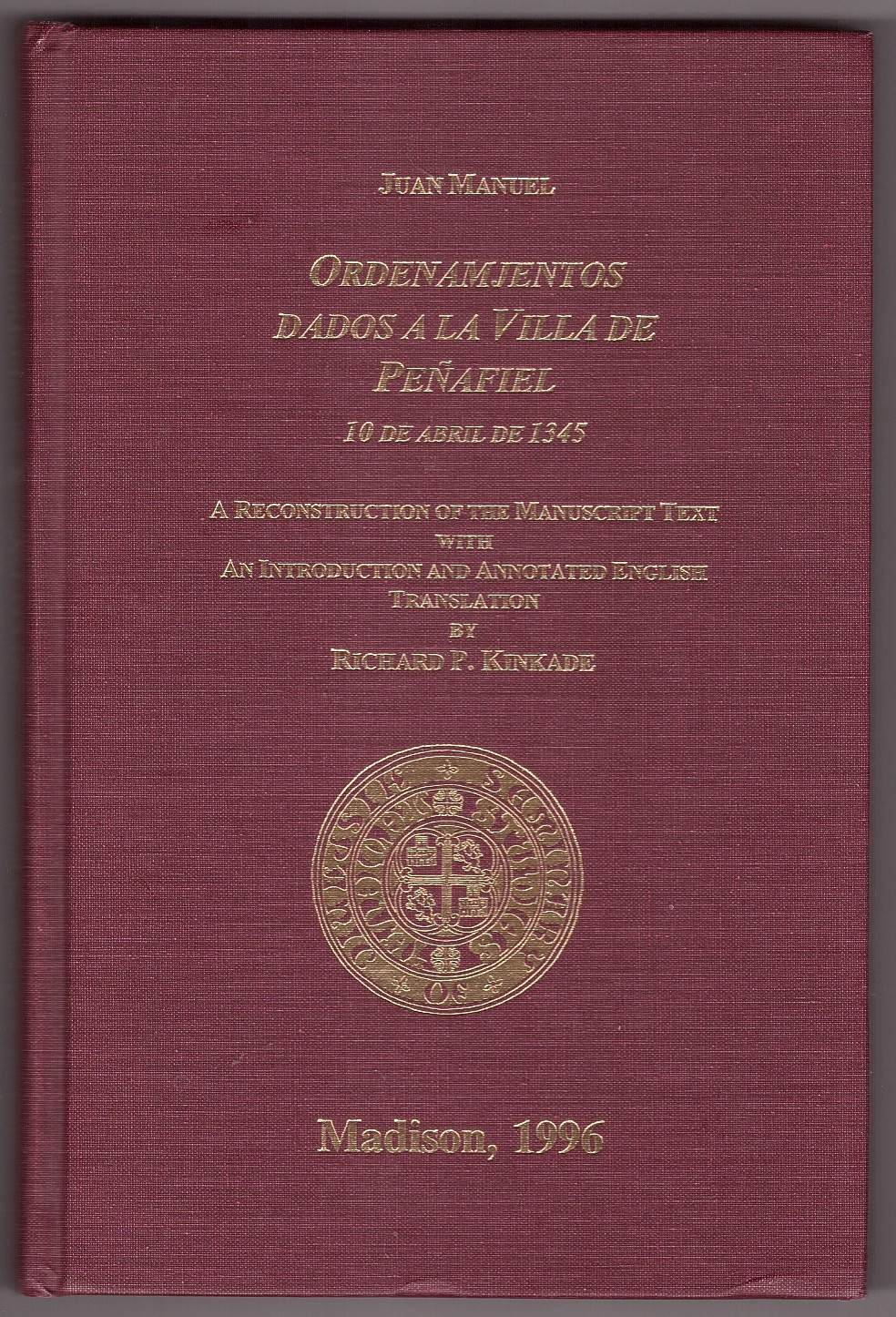 A couple of small bumps to boards, corners lightly bumped, otherwise appears unread. ; A bright, solid book. Red cloth covered boards with gilt stamped design and titles front and spine ; Spanish series No. 112; Large 8vo 9" - 10" tall; 143 pages; "Juan Manuel, Prince of Villena (5 May 1282 – 13 June 1348) was a Spanish medieval writer, nephew of Alfonso X of Castile, son of Manuel of Castile and Beatrice of Savoy. He inherited from his father the great Seigneury of Villena, receiving the titles of Lord, Duke and lastly Prince of Villena. With the death of his mother Beatrice in 1292, Juan Manuel became duke of Peñafiel. Juan Manuel was trained in arts such as equestrianism, hunting, and fencing, and in addition learned Latin, history, law, and theology. At the age of twelve, he fought to repel the attack of the Moors from Granada to Murcia. He married three times, choosing his wives for political and economic convenience, and worked to match his children with partners associated with royalty. Juan Manuel became one of the richest and most powerful men of his time, coining his own currency as the kings did. During his life, he was criticised for choosing literature as his vocation, an activity thought below a nobleman of such prestige. Following the path of his uncle, Alfonso X of Castile, Juan Manuel wrote in Castilian, a peculiarity in times when Latin was the 'official' language for educated writing. He wrote in the vernacular to facilitate access to literature for a greater number of Castillian readers." (Wikipedia) The book originally written in 1345 translates roughly as 'Ordinances given to the town of Peñafiel 10th of April 1345' was one of only eight of the thirteen books that Manuel wrote that has survived to this day. This is an attempt to create a more accurate translation of this book than those that have been published previously. The period in history was extremely tumultuous throughout Europe and this book helps to illuminate this period as it affected Castilian Spain.