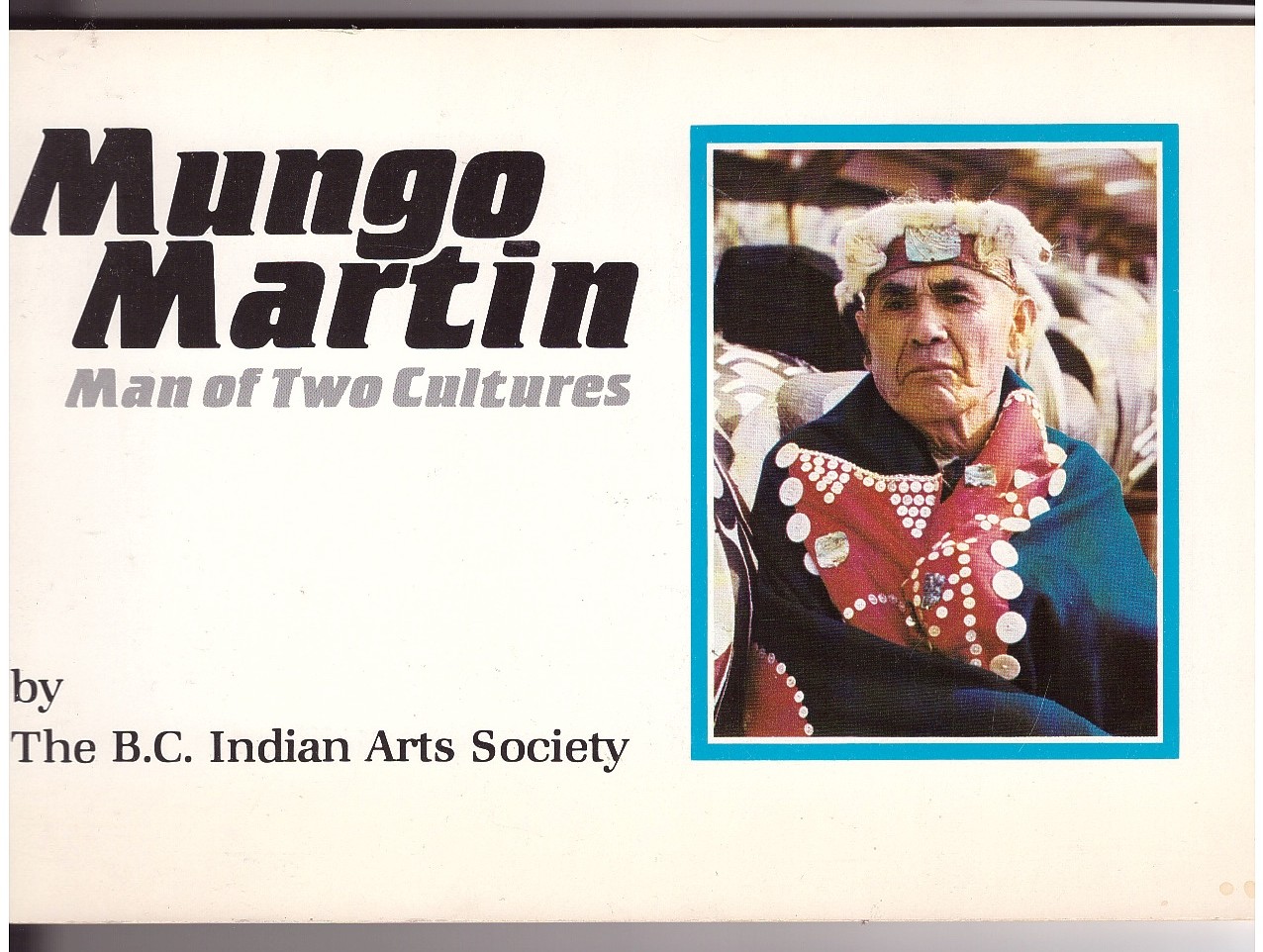 Only light wear to card covers, gift notation on front fly leaf ; A bright, solid book ; B&W Photographs; Oblong 24mo 5" - 6" tall; 45 pages; Mungo Martin 1879-1962 was born in Fort Rupert on the north end of Vancouver Island. "As a boy Martin had been apprenticed as a carver to a paternal uncle, but it was Martin's stepfather Charlie James, a famous Northwestern artist, who was his principle influence in honing a natural talent. Martin went on to become one of the first traditional artists to deal with many types of Northwest Coast sculptural and painting styles. He carved his first commissioned totem pole in Alert Bay c1900, and titled it "Raven of the Sea."Martin was responsible for the restoration and repair of many carvings and sculptures, totem poles, masks, and various other ceremonial objects. Martin also gained fame for holding the first public potlatch since the governmental potlatch ban of 1885. For this, he was awarded with a medal by the Canadian Council." He paved the way for a renewed pride in Northwest Coast traditions and art.