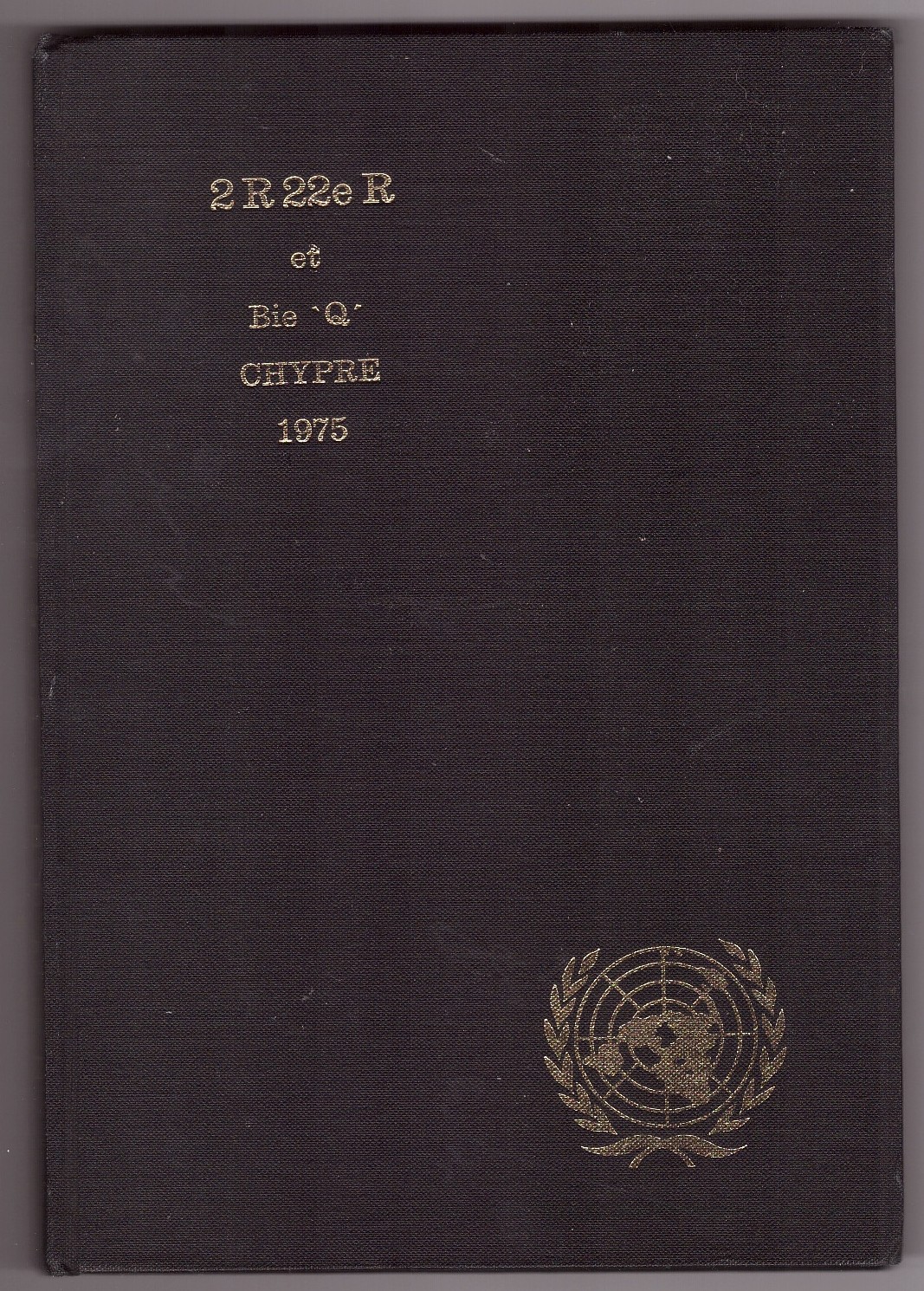 Black cloth covered boards with silver stamped titles front and spine show some edge wear to extremities ; Bright, solid books, UN symbol silver stamped on front board. Text in French. Many B&W photos of members of the battallion as well as advertising for Cypriot companies, map endpapers front and back with different maps front and back. ; B&W Illustrations and Maps; Large 8vo 9" - 10" tall; Unpaginated pages; "During the First World War, Canada decided to create a military unit that would represent its French-speaking population. As soldiers and peacekeepers, the Royal 22nd Regiment – the famed "Van Doos" – have been among Canada's vanguard in both World Wars, and in hotspots that include Korea, Cyprus, Congo, Bosnia and East Timor. The distinct language and culture of the regiment have afforded unique opportunities, and posed frequent challenges." CBC The Battalion was airlifted to Cyprus in 1964 to act as UN peacekeepers, part of a multinational force to keep peace between the increasingly antagonistic Greek and Cypriot populations on the Mediterranean island. This appears to be a photo essay honouring the battalion's years of service in Cyprus.