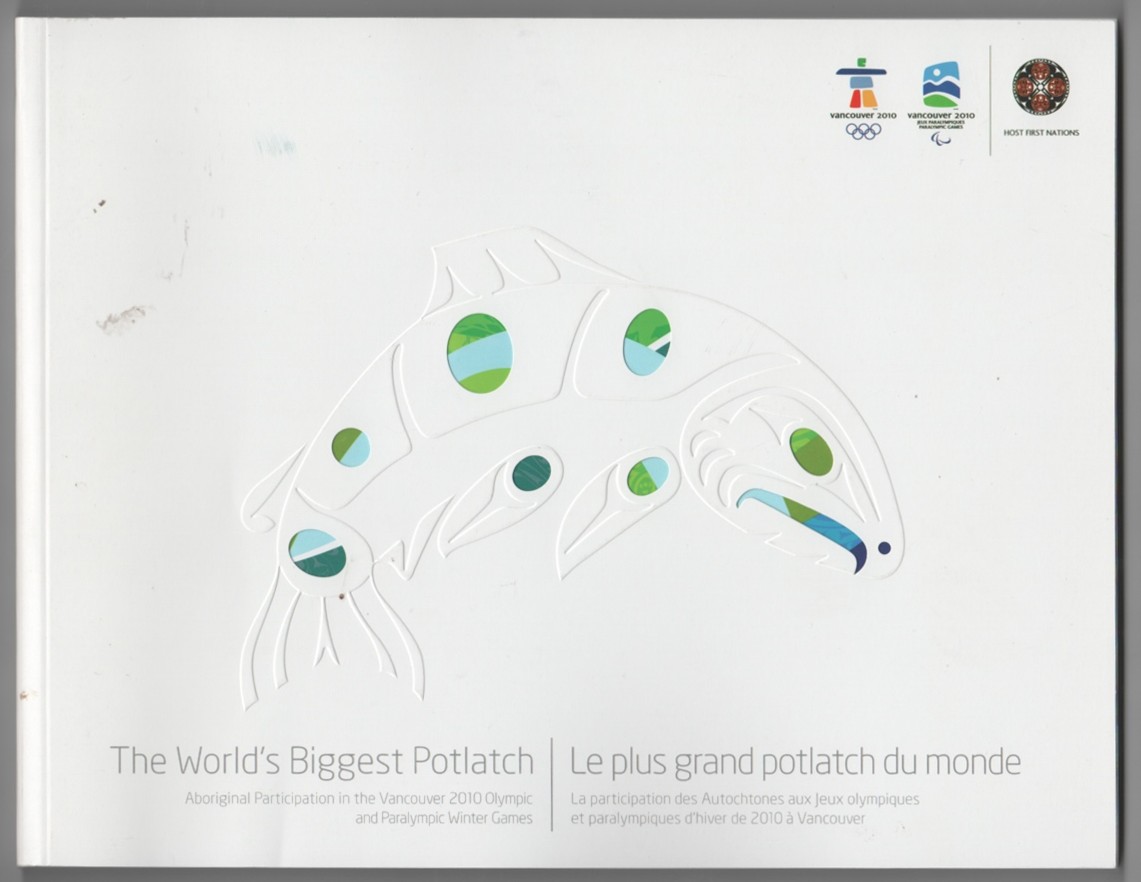 Signed by Associated; Only slight wear to white card covers ; Inscribed and signed by numerous BC First Nations leaders to someone who was involved in the organizing of the First Nations participation in the games. ; Color Illustrations; Oblong 8vo 8" to 9" tall; 162 pages; This book chronicles the the participation of first nations peoples in the organizing of and participation in the 2010 Games in Vancouver. Many were involved in the torch relay, the opening ceremonies, performances at the first nations pavilion and competing in the events.