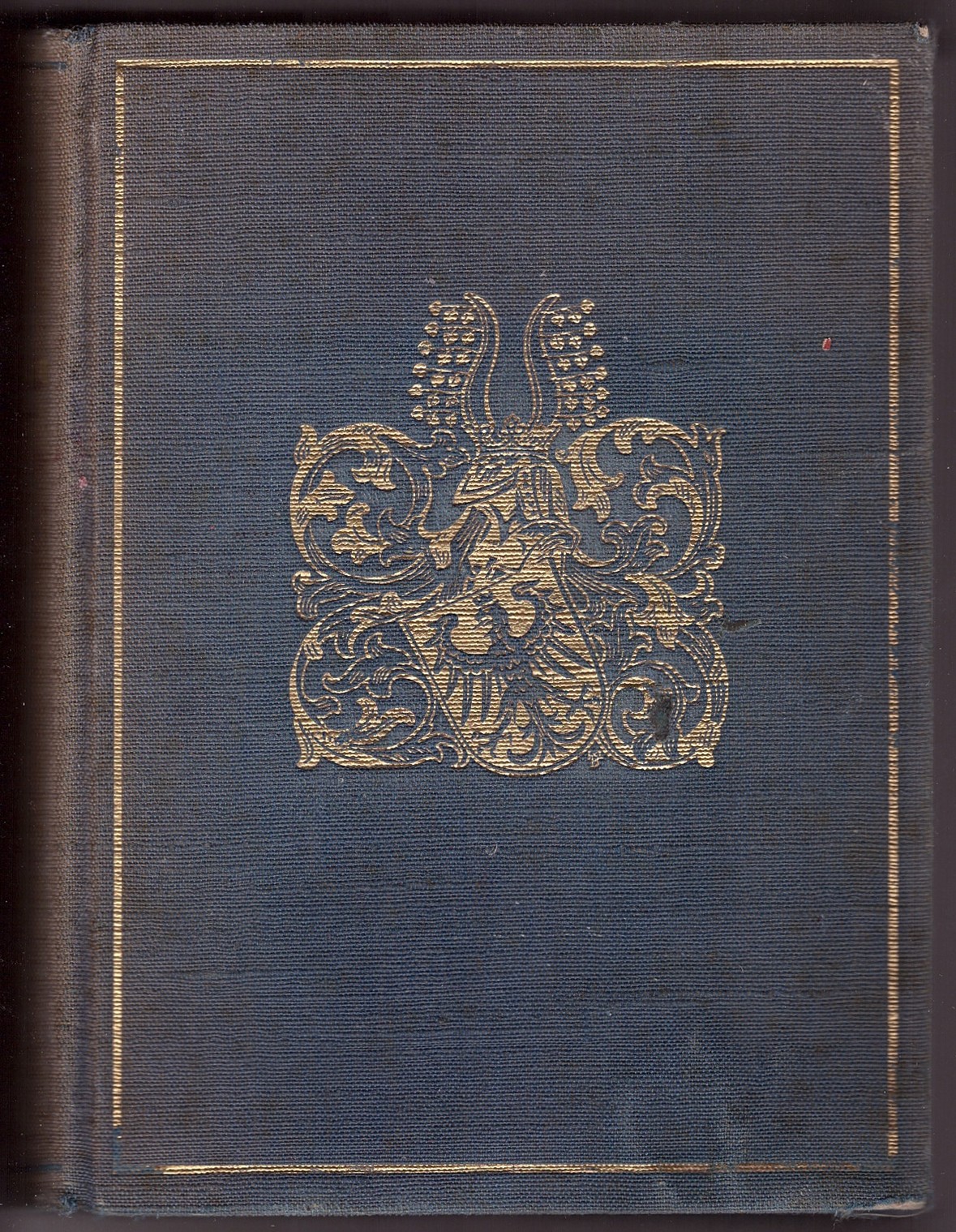 Blue cloth covered boards, spine faded, short tear top of spine, hinges cracked but still solid, worn extremities. Some wear to gilt, light soil ; Gilt staped design front board, gilt titles on spine, colour coat of arms for the city of Nordhausen as frontispiece along with tissue guard. Laid in at the back is a fold out facsimile of a parchment document from 929, written by King Heinrich I assigning the cities of Duedlinburg, Pöhlde, Nordhausen, Grone Duderstadt as dowry to his wife Mathilde. ; B&W Photographs; 627 pages; Nordhausen is a city in Thuringia, Germany. It is the capital of the Nordhausen district and the urban centre of northern Thuringia and the southern Harz region. Nordhausen was first mentioned in the year 927 and became one of the most important cities in central Germany during the later Middle Ages. In the early 13th century, it became a free imperial city, so that is was an independent and republican self-ruled member of the Holy Roman Empire. Due to its long-distance trade, Nordhausen was prosperous and influential with a population of 8,000 around 1500. Following the defeat of Napoleon Bonaparte, Nordhausen was included in the Kingdom of Prussia's Province of Saxony created in 1816. During the mid-19th century, the industrialisation started in Nordhausen. WWII saw Nordhausen came to prominence with the establishment of the Peenemunde rocket facility where Werner von Braun worked. With its destruction after extensive Allied bombing a concentration camp was established. After the war it became part of East Germany. This is the second volume in the history. In this book we are given: 1. a history of the city 1802-1914; 2. the war years 1914-1918 and the post war period. The history is followed by a discussion of the arts, theatre and music by Heinrich Heine. The final chapter discusses the architecture of the important buildings of the city, written by August & Friedrich Stolberg.