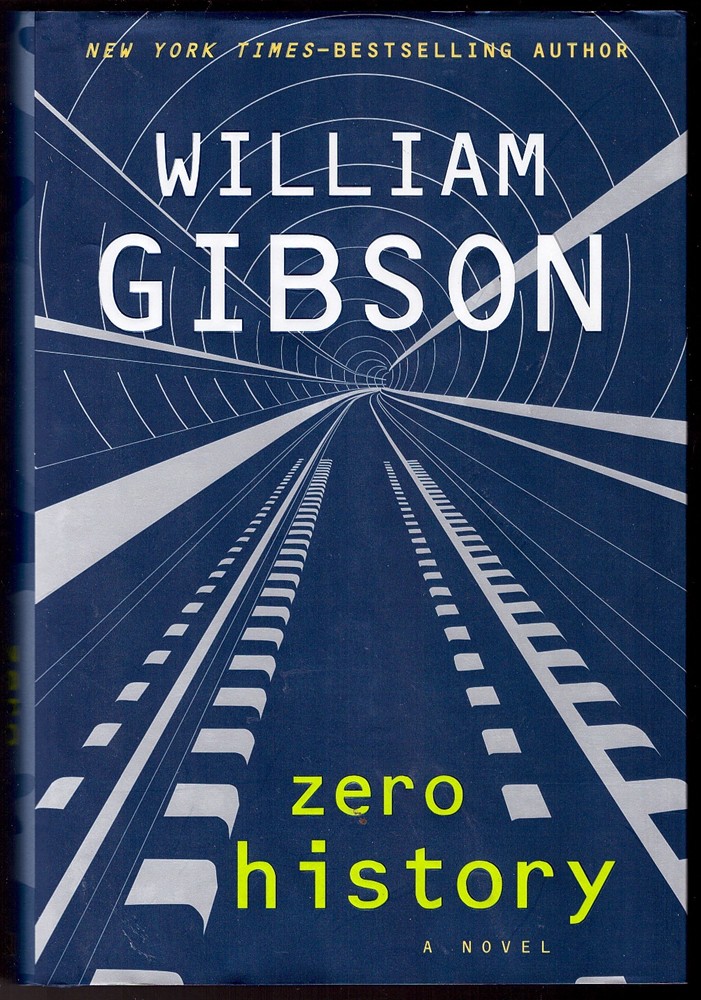 A bright, solid book, dustjacket in Mylar, unclipped.; 8.90 X 6 X 1.40 inches; 406 pages; "After a gig investigating “locative art” for the “overly wealthy and dangerously curious” Hubertus Bigend, founder of the trend-forecasting firm Blue Ant (Spook Country, 2007), Hollis Henry finds herself once again under Bigend's employ. This time she is hired to discover the identity of the designer of a secret brand of clothing called Gabriel Hounds, whom Bigend hopes to enlist in his bid to get into the design, contracting, and manufacture of U.S. military clothing (and its inevitable spin-off into the mainstream consumer market). Military contracting, according to Bigend, is essentially recession proof. Meanwhile, the translator and cryptologist Milgrim (also returning from Spook Country), a former Ativan addict (now in recovery on Bigend's dime) with “zero history” (being off the grid, he has no credit or address history), is asked to assist Hollis in her investigation. What begins as a seemingly innocent apparel-related project takes on more sinister overtones when the two are followed from London to Paris by a competitor with shady dealings in the arms trade and a personal ax to grind with Milgrim. Gibson, who made a name with Neuromancer (1984) and other speculative takes on new technologies, returns to his familiar concerns with hacker culture, surveillance, paranoia, and viral marketing, with occasional digressions into the semiotics of fashion and celebrity and references to cosplay, base jumping, and the Festo AirPenguin."