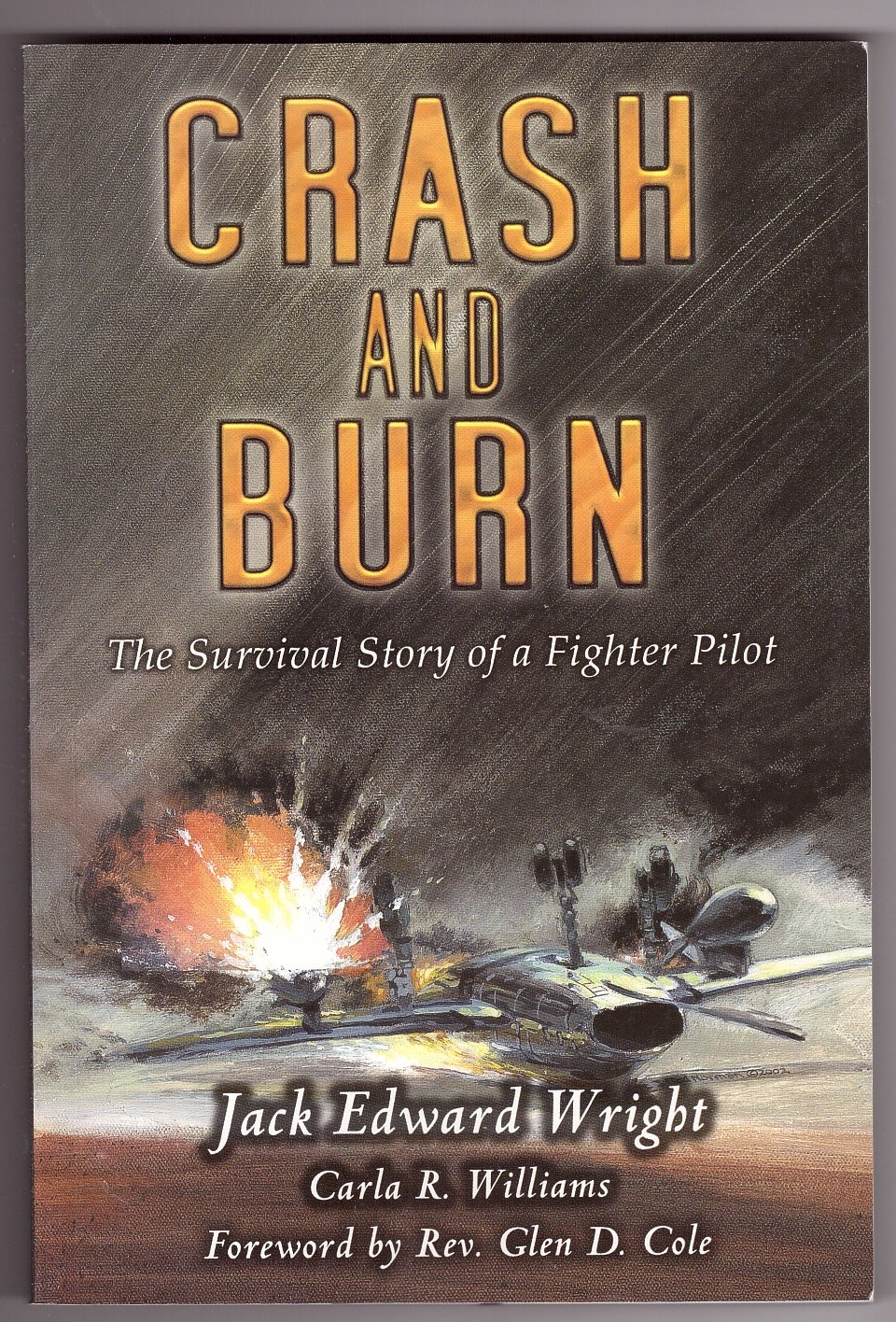 Crash and Burn The Survival Story of a Fighter Pilot

Signed by Author; Previous owner's stamp on inside of card cover, remainder mark bottom page edges ; Signed by author. A bright, solid book.; B&W Photographs; 8.98 X 5.38 X 0.45 inches; 191 pages; "A riveting true story . . .In a split second Jack Wright’s life passed before his eyes as his F-100 fighter plane started to crash. In an instant, this young pilot realized he was about to meet his Maker, and he knew he was not ready. He had ignored God since he went on active duty in the Air Force. How he wished he hadn’t set aside his relationship with the Lord for his dream of becoming a fighter pilot. Now, as his plane twisted out of control, Jack realized he had no time to repent.In twenty years of cleaning up airplane wrecks, the rescue crew had never seen anyone survive such a disaster. When the crane finally lifted the wreckage, the pilot’s body dangled, hanging upside down—but apparently intact! The rescue crew was amazed! "He might be alive!"Throughout his entire life, Jack struggled with feelings of inadequacy and always wanted to "be somebody." In his eyes, being a top-ranked fighter pilot meant he would finally have met his goal. As this massively burnt man lay in a military hospital refusing to accept the fact that his Air Force career may have ended, he pondered where his life would head. What had he been striving for and was it all worth it? Why had God so miraculously intervened to save his life?Discover with Jack how God used this overwhelming situation to make His child dependent on Him, and experience with him the joy of realizing the meaning of true success."

Title: Crash and Burn The Survival Story of a Fighter Pilot

Crash and Burn The Survival Story of a Fighter Pilot