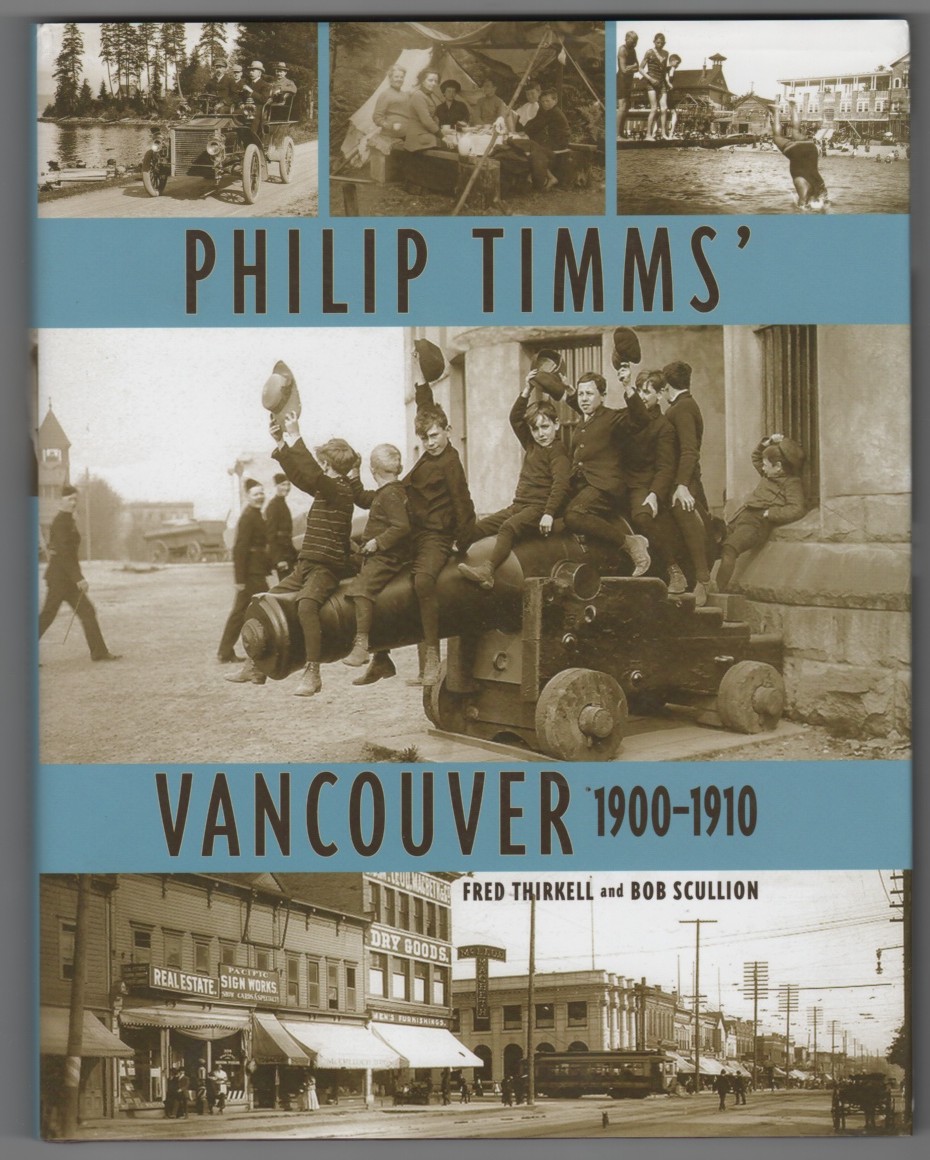 Only slight wear to book and DJ ; A bright, solid book. Dust jacket in Mylar jacket protector. ; B&W Photographs; 192 pages; "Philip Timms was a man of many accomplishments, but one of the most notable was his photographic record of Vancouver and the Lower Mainland, created between 1900 and 1910. As Vancouver evolved from a colonial outpost to a modern centre of industry and tourism, Timms sought to preserve views of the maturing city and its people, from landmark buildings to street scenes to children and families. James B. Stanton, a former curator of history at the Vancouver Museum, wrote: "All of Timms' photographs have a certain recognizable quality about them; much of the kindness and gentleness of the man himself comes through. His shots are candid and uncluttered and capture dramatically the feeling and mood of the time."Fortunately, Vancouver's adolescence coincided with the "golden age of postcards," when billions of them were being sent, exchanged and hoarded all over the world. By 1910, numerous photographers were producing postcards in the Vancouver area, but Philip Timms stood well above the others. This sampling of Timms' best work is full of life: people in action on the streets, in the parks, on the waterfront and on ships. "