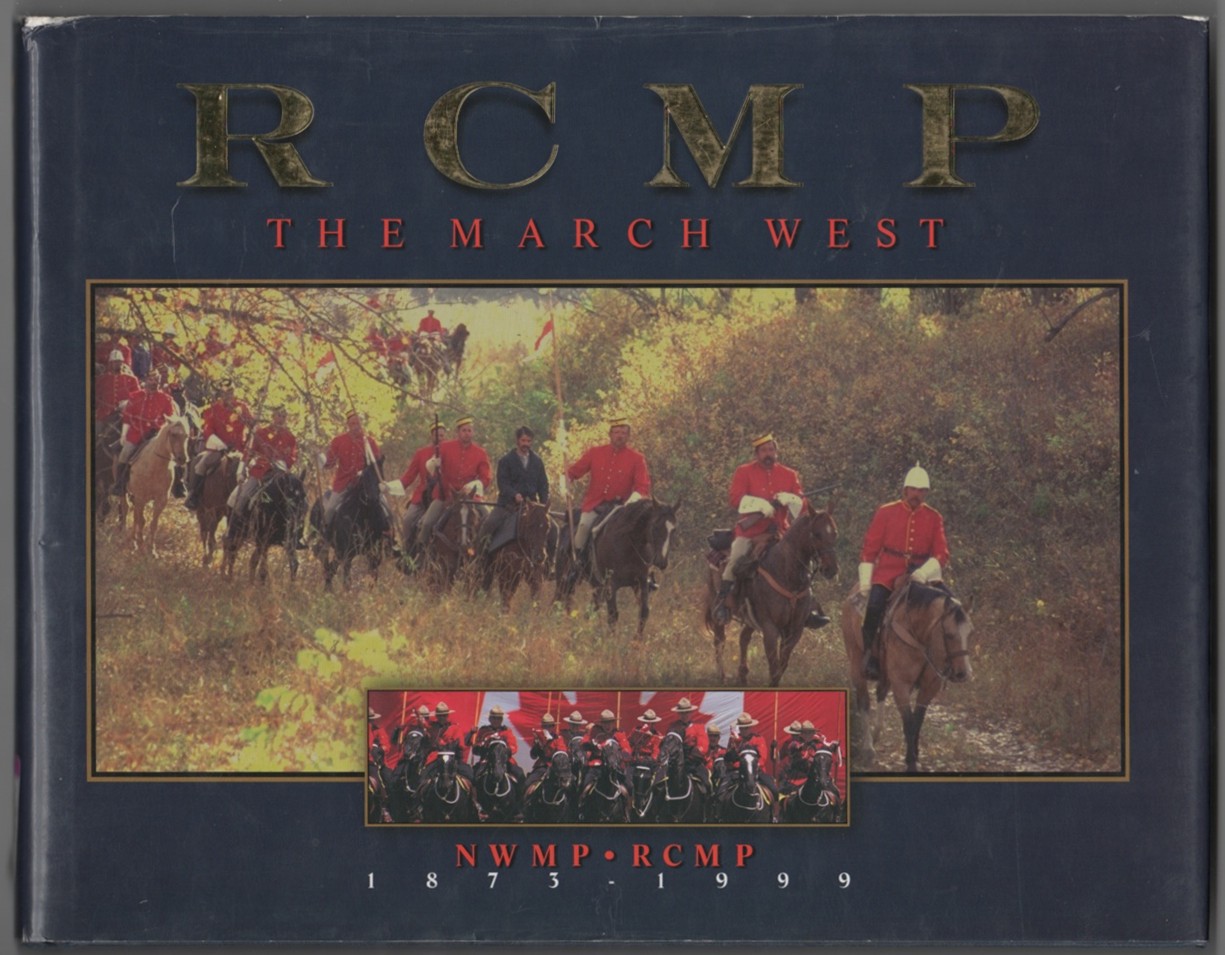 DJ shows edge wear with chipping and small tears. Gift inscription on title page. ; A bright, solid book. This oblong book with dust jacket in Mylar jacket protector is liberally illustrated with B&W and colour photos. ; B&W and Colour Photographs; 11.80 X 9 X 0.70 inches; 160 pages; The March West is a celebration in picture and story of the Royal Canadian Mounted Police on the occasion of the force's 125th year. Original images combine with the rich colour of modern paintings and photographs to breath new life into the story of the March West of 1874: the heroic and arduous trek that saw 275 recruits travel 800 miles of arid prairie in search of whisky traders who were fast destroying the traditions and livelihood of the Blackfoot Confederacy. The March was badly planned and orchestrated but the original force withstood bad water, hunger and exhaustion to achieve its objective. Three divisions under Colonel James F. Macleod stayed in the west and put an end to the killing traffic in whisky.The March West follows Canada's mounted police through and beyond these founding moments. The text by author Fred Stenson traces the development of the force to the modern day. Smoothing the transition from buffalo prairie to agricultural settlement, policing construction of the railway through the Rocky Mountains, the Yukon gold rush, the courageous northern patrols that extended Canadian sovereignty into the High Arctic--the stories are here in word and picture: a colorful retracing of the paths by which the Canadian mountie became an international legend.The colour photographs that beautify the pages of The March West were taken by the world renown Canadian photographer, John McQuarrie: many on the set of"The Great March," a two-hour television special produced by the GAPC Broadcast Entertainment Inc. of Ottawa, Canada, as part of the RCMP's 125th anniversary celebration. A final section of the book is devoted to "The Great March," featuring production stills by John McQuarrie taken on the motion picture set south of Lethbridge, Alberta.