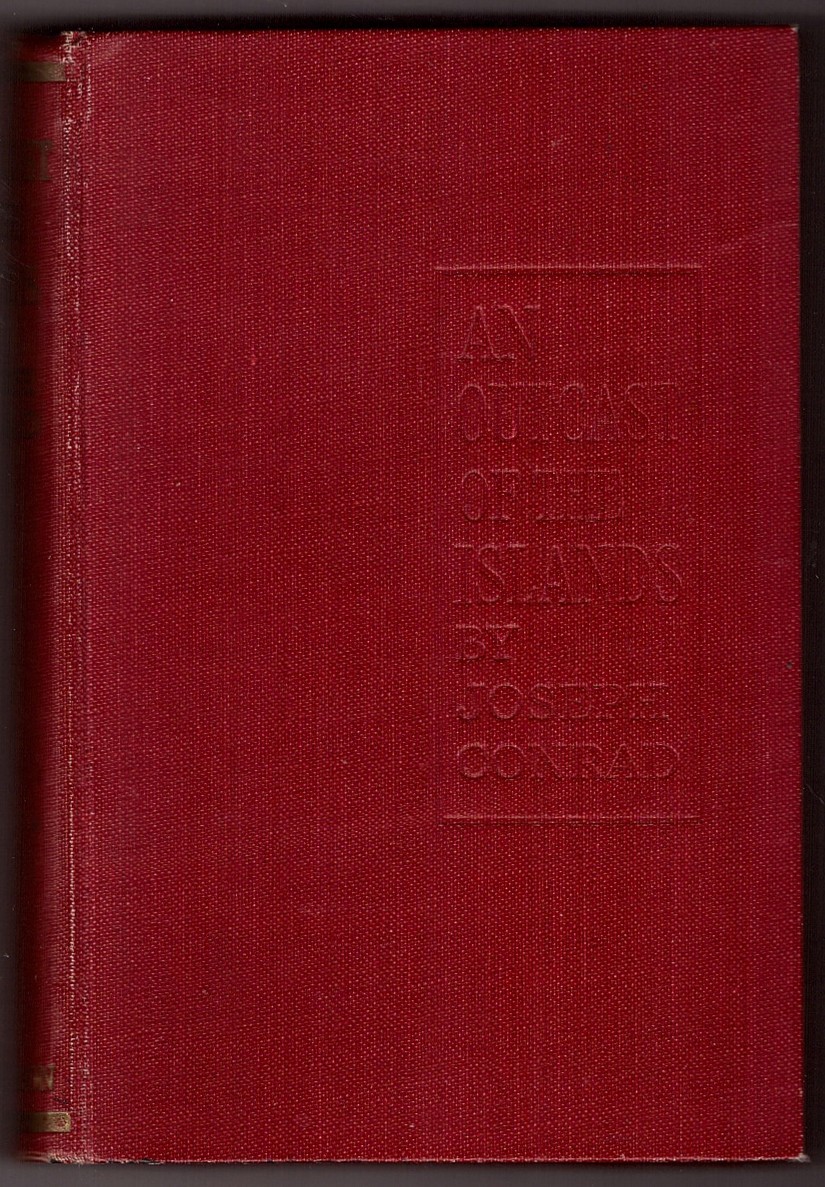 An Outcast of the Islands

Red cloth covered boards show light edge wear.; A tight solid book. Undated but probably printed in the 1920s ; Small 8vo 7½" - 8" tall; 391 pages; "An Outcast of the Islands is the second novel by Joseph Conrad, published in 1896, inspired by Conrad's experience as mate of a steamer, the Vidar.The novel details the undoing of Peter Willems, a disreputable, immoral man who, on the run from a scandal in Makassar, finds refuge in a hidden native village, only to betray his benefactors over lust for the tribal chief's daughter. The story features Conrad's recurring character Tom Lingard, who also appears in Almayer's Folly (1895) and The Rescue (1920), in addition to sharing other characters with those novels. It is considered to be underrated as a work of literature for many. Conrad romanticizes the jungle environment and its inhabitants in a similar style to his "A Heart of Darkness"."

Title: An Outcast of the Islands

An Outcast of the Islands