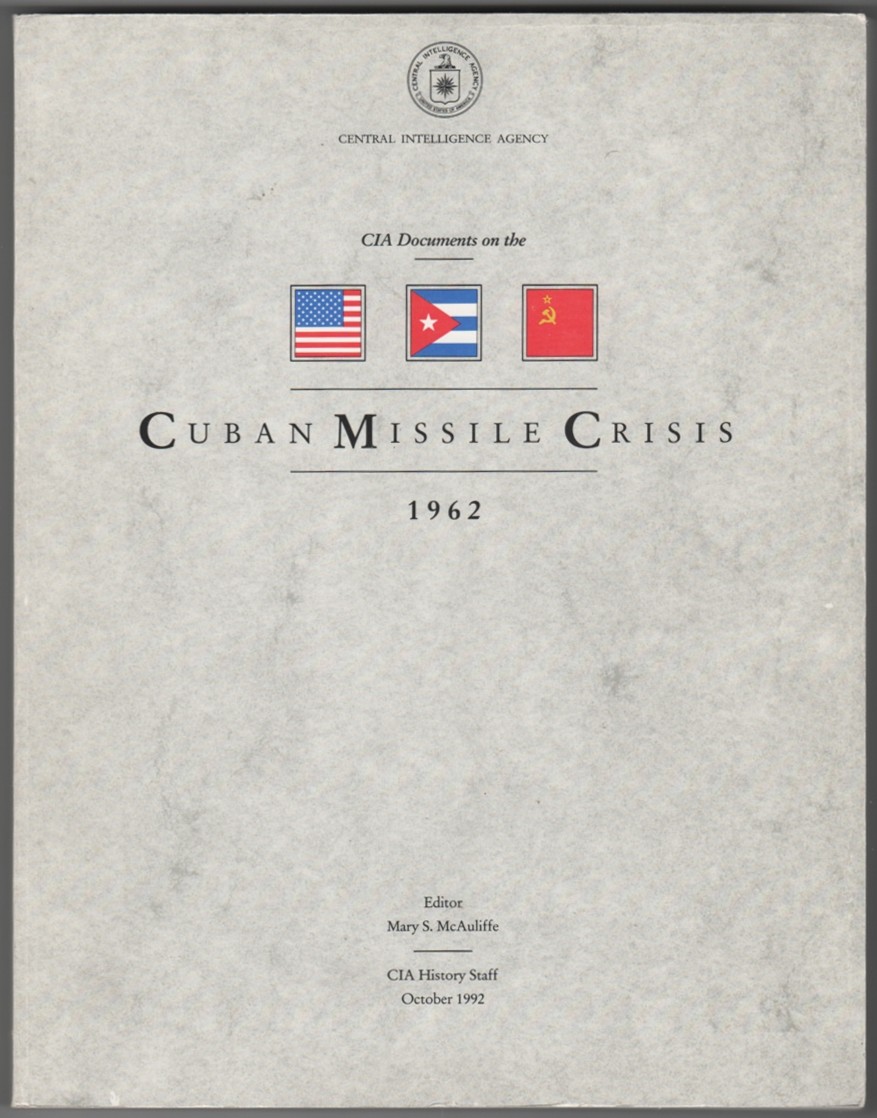 Minor wear to card cover edges, minor creasing. ; A tight solid book. ; Small 4to 9" - 11" tall; 376 pages; A publication by the CIA of their declassified documents concerning the Cuban Missle Crisis of 1962. The volume was published to mark the 30th anniversary of the event, and provides an extensive overview of the actions of the CIA during those events, although the text is still somewhat redacted. The presence of Russian missles with nuclear warheads in Cuba, a mere 90 miles from US soil, was intolerable to President Kennedy. In one of his most memorable addresses to the American people, he advised on the discovery of the missle bases (then still under construction), and the steps that the United States was taking to address the situation. It has been noted by many that in describing the actions that would be taken, given that the USSR did not remove their missles, he left it until his third point to declare "It shall be the policy of this nation to regard any nuclear missle launched from Cuba against any nation in the Western Hemisphere as an attack on the United States, requiring a full retaliatory response upon the Soviet Union." This was JFK's way of not coming on too aggressively and trying to leave the Soviets a way out of the conflict, and yet still reminding them of the horrific consequences that could result from their actions.