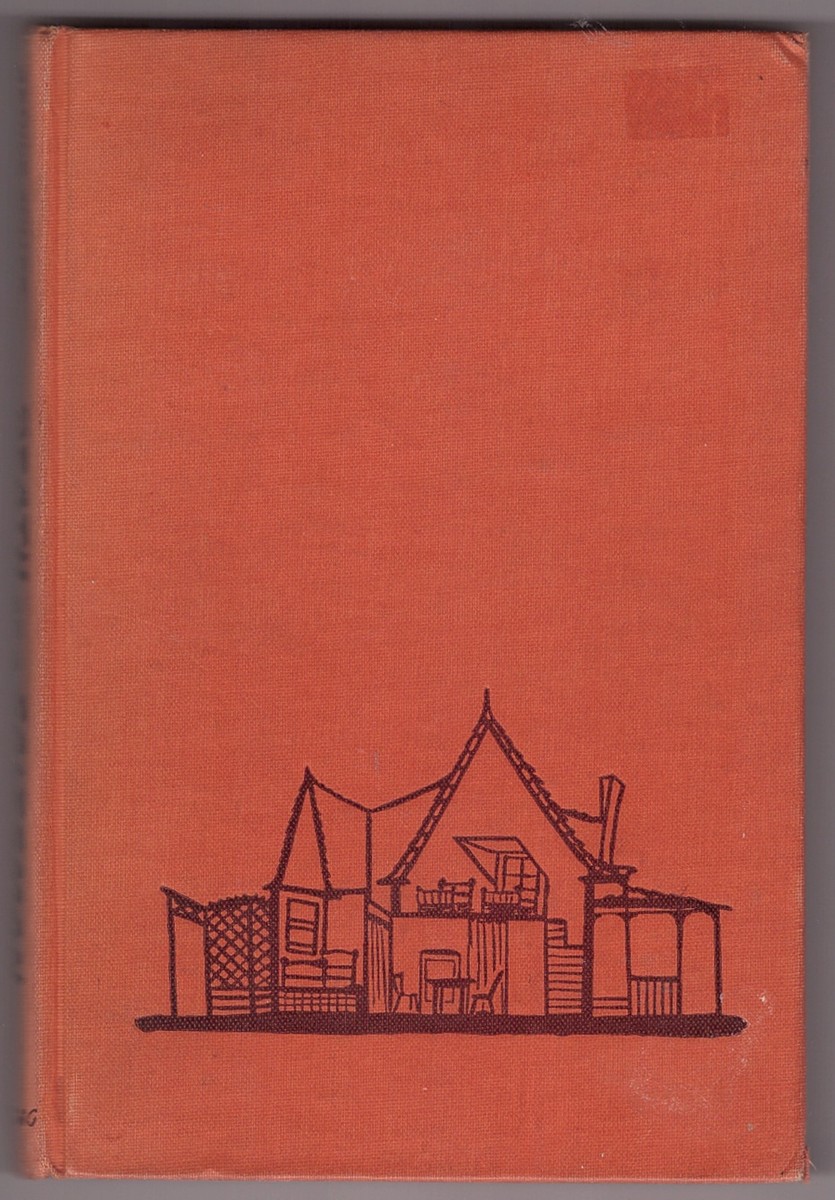 Death of a Salesman; certain private conversations in two acts and a requiem

Orange cloth boards show light edge wear, small corner bumps and light soiling, sticker shadow on front board. ; A tight solid book. Statement "Published by Viking Press Inc. in March 1949' with no additional printings mentioned. Dated 1949 on title page. The endpapers are comprised of a reproduction of the stage setting of the play by the setting designer for the play, J Mielziner. Also stated is that this was bound and printed in Canada. Canadian edition was simultaneous with the US. ; 8vo 8" - 9" tall; 139 pages; "Ever since it was first performed in 1949, Death of a Salesman has been recognized as a milestone of the American theater. In the person of Willy Loman, the aging, failing salesman who makes his living riding on a smile and a shoeshine, Arthur Miller redefined the tragic hero as a man whose dreams are at once insupportably vast and dangerously insubstantial. He has given us a figure whose name has become a symbol for a kind of majestic grandiosity—and a play that compresses epic extremes of humor and anguish, promise and loss, between the four walls of an American living room."

Title: Death of a Salesman; certain private conversations in two acts and a requiem

Death of a Salesman; certain private conversations in two acts and a requiem