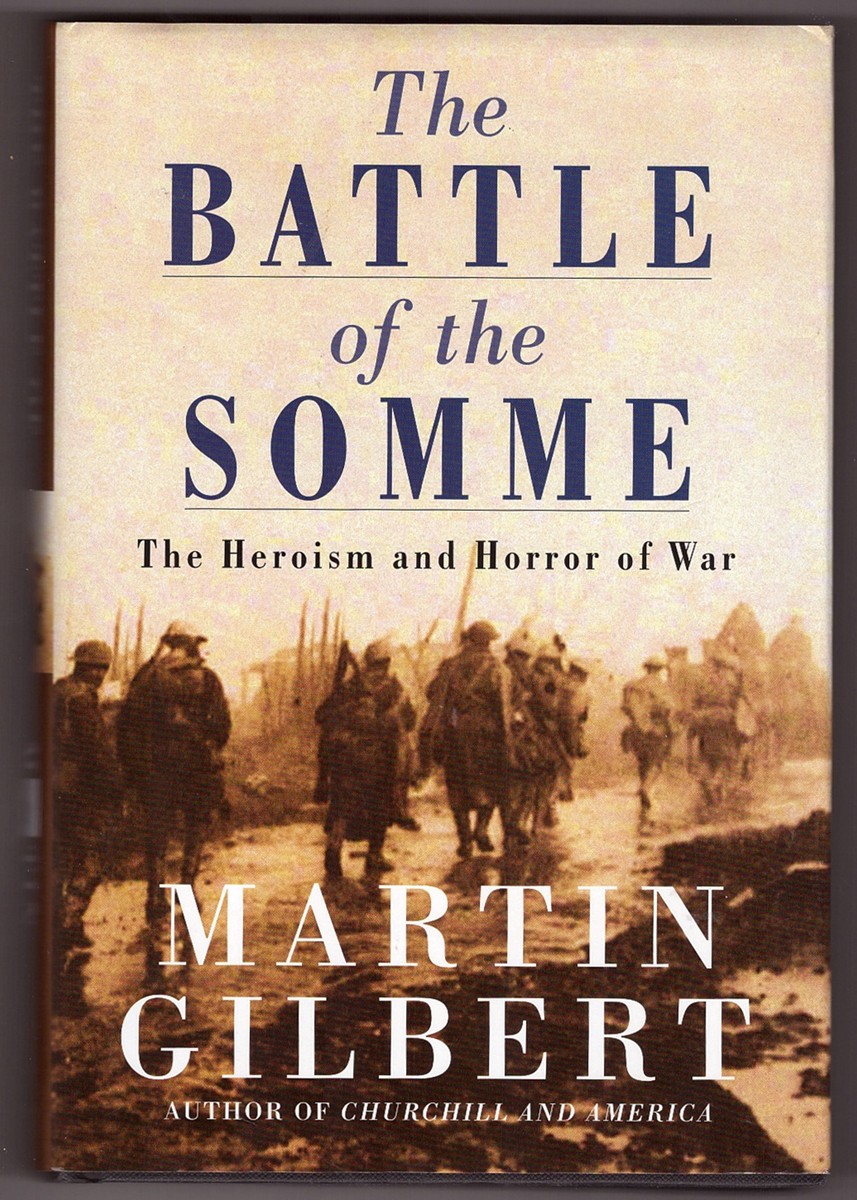 The Battle of the Somme The Heroism and Horror of War

Only slight wear top edge of DJ ; A bright, solid book, dustjacket in Mylar, unclipped. ; B&W Photographs, Maps; 9.20 X 6 X 1.20 inches; 332 pages; A history of the Battle of the Somme, where 310,000 troops from German, French, British and Canadian armies died during just 138 days of battle. "Every July 1, while Canadians celebrate what they have, Newfoundlanders remember what they have lost: on 1 July 1916, on the first day of the Battle of the Somme, 733 of 801 men in the 1st Newfoundland Regiment were killed.From their starting position in a British support trench, the Newfoundlanders had to cross some 230 metres of fire-swept ground before they reached their own front line. In less than a half-hour, it was all over. The Divisional Commander wrote of the Newfoundland effort: “It was a magnificent display of trained and disciplined valour, and its assault failed of success because dead men can advance no further.”Well might the Germans refer to the Battle of the Somme as das Blutbad – the bloodbath. From 1 July to 15 November 1916, a period of just 138 days, more than 310,000 soldiers from four great armies – the British, Canadian, French, and German – were killed. The German death toll on the Somme was larger than that of all the Allied forces combined. A total of 164,055 Germans died on the narrow battlefield while the total number of Allied dead was 146,404. The Somme cost Canada 24,029 casualties.The heroism of the Dominion troops moved British prime minister David Lloyd George to write: “The Canadians played a part of such distinction that thenceforward they were marked as storm troops. . . .Whenever the Germans found the Canadian Corps coming into the line, they prepared for the worst.” This book is an illustration of what Winston Churchill called the “vile and utter folly and barbarism” of war. It also shows war’s incredible patriotism and heroism."

Title: The Battle of the Somme The Heroism and Horror of War

The Battle of the Somme The Heroism and Horror of War