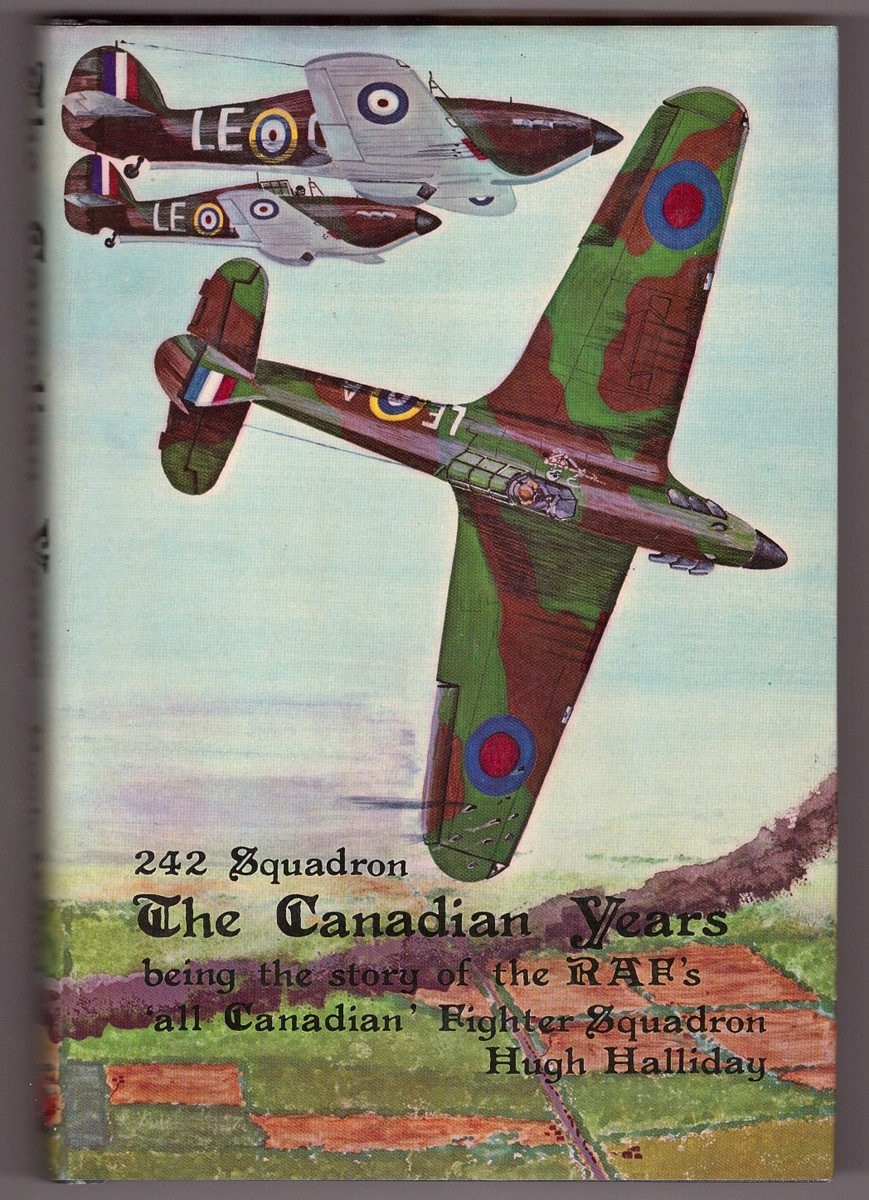 No. 242 Squadron, the Canadian years The story of the RAF's all-Canadian fighter squadron

By: Halliday, Hugh A

DJ & book show light shelf wear.; A bright, solid book. Dust jacket in Mylar jacket protector. Extensive footnotes throughout, appendices and bibliography at the back of the book. ; B&W Photographs; 9.13 X 6.06 X 1.02 inches; 177 pages; "In the autumn of 1939 a fighter squadron of the Royal Air Force was formed from Canadians who were already serving with the RAF. A Canadian unit would thus be participating in the war in the period before men and units of the RCAF could be trained and sent overseas. This is the story of that unit. No. 242 Squadron, RAF - of its formation and training, of its participation in the Battle of France (including the little-known operations south of the Seine), of its heroic role in the Battle of Britain under the famous squadron leader Douglas Bader, and its part in the early offensive operations over Europe, until the time casualties made it no longer a distinctly Canadian unit."

Title: No. 242 Squadron, the Canadian years The story of the RAF's all-Canadian fighter squadron

No. 242 Squadron, the Canadian years The story of the RAF's all-Canadian fighter squadron