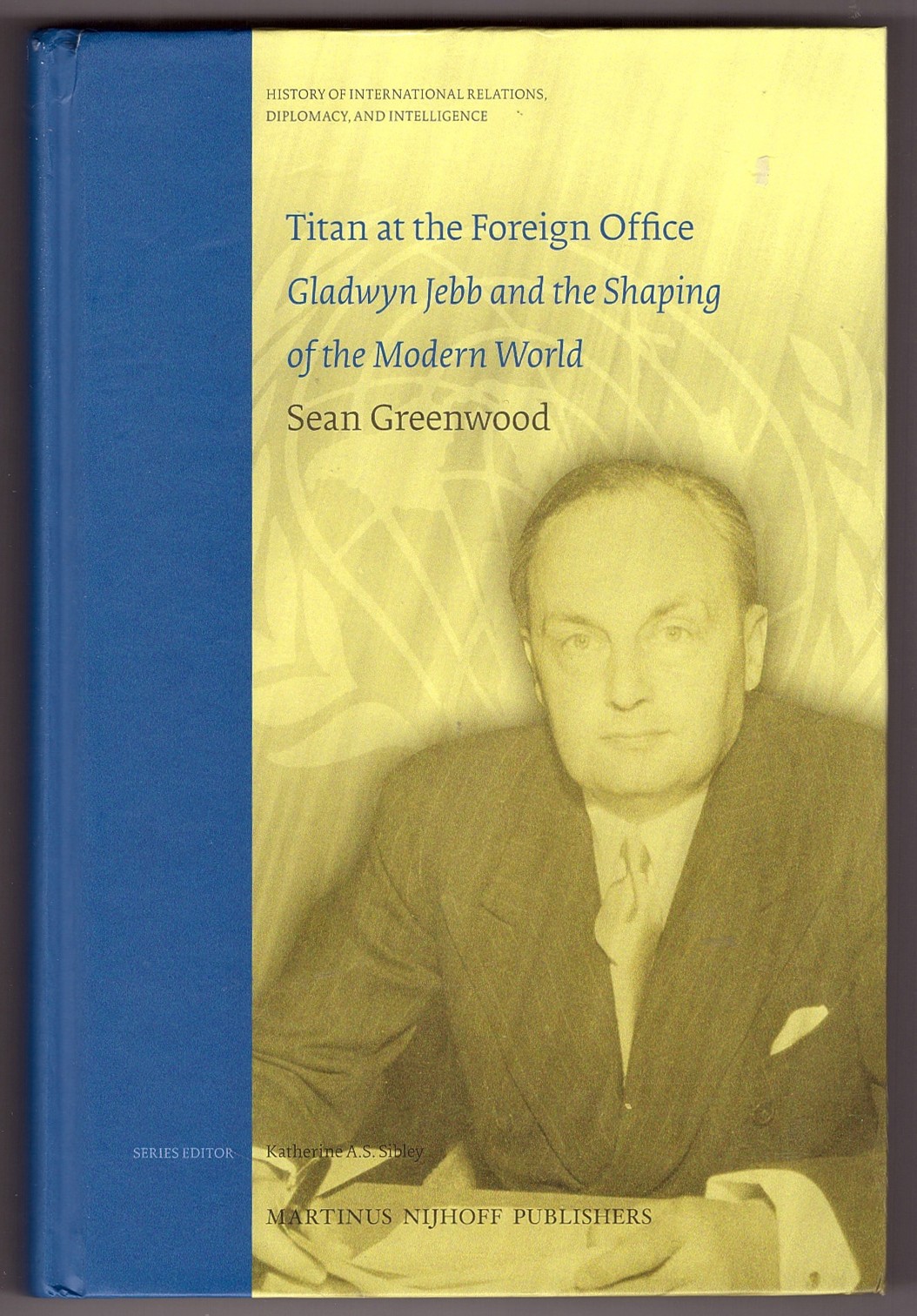 Only slight wear to pictorial boards. ; A bright, solid book, no DJ as issued. ; History of International Relations, Diplomacy, & Intelligence Volume 5; B&W Photographs; 9.61 X 6.61 X 1.18 inches; 472 pages; "History of International Relations, Diplomacy and Intelligence, 5 (History of International Relations Library, 5) Gladwyn Jebb was one of the most influential British Foreign Office officials of the 20th century. He was a party to British efforts to achieve the 'economic appeasement' of Europe in the 1930s and went on to be a key figure in promoting, and ultimately establishing, the United Nations. Subsequently, he was to assist in the construction of the Atlantic Alliance, was to hold prominent diplomatic and intelligence positions during the Cold War, and, following his appointment as Ambassador in Paris, he was to champion the cause of British membership of the European Communities. In addition to providing the life of an extraordinary, and sometimes difficult, figure, this study sheds new light on important themes in modern international history. Table of Contents List of Illustrations Acknowledgements Introduction by Hugh Thomas Foreword 1. Making a Mark; 1924-35 2. 'Defending the West', 1936-1939 3. A Secret War: Special Operations Executive, 1939-1942 4. 'The Brain Behind the United Nations', 1942-45 5. Nudging Towards NATO, 1945-1950 6. 'Glamour Boy': At The United Nations, 1950-1954 7. 'Epoch-making moments': the European Army and Suez, 1954-56 8. 'Reverse engines and join the Common Market', 1956-60 9. 'Lord Gladwyn of Europe' 10. Bibliography Index About the Author Sean Greenwood, PhD (1982) in International History, London School of Economics, is Christ Church Professor of History at Canterbury Christ Church University, United Kingdom. He has published widely on aspects of 20th century British foreign policy."

Title: Titan At the Foreign Office Gladwyn Jebb and the Shaping of the Modern World