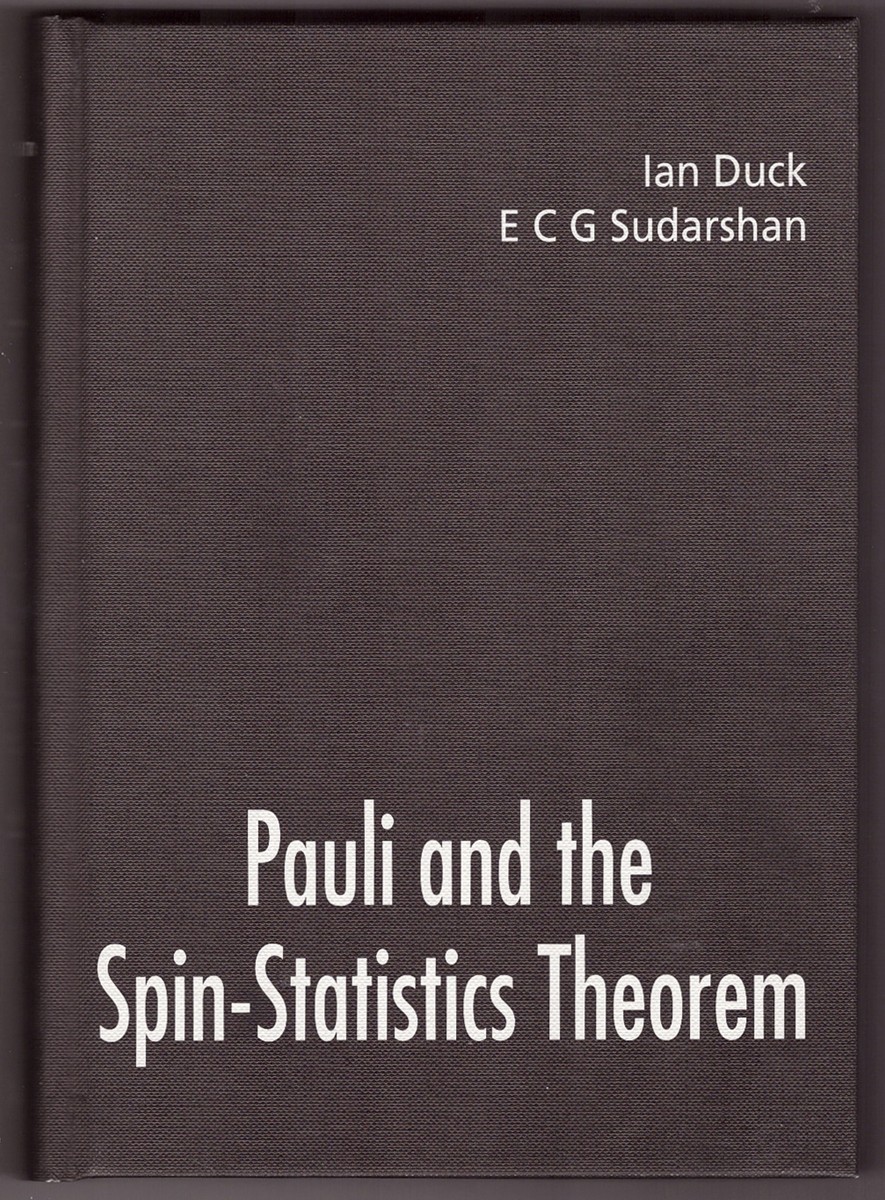 Pauli and the Spin-Statistics Theorem

Book Condition: Near Fine with no dust jacket

A bright, solid book,; 8vo 8" - 9" tall; 510 pages; "This book makes broadly accessible an understandable proof of the infamous spin-statistics theorem. This widely known but little-understood theorem is intended to explain the fact that electrons obey the Pauli exclusion principle. This fact, in turn, explains the periodic table of the elements and their chemical properties. Therefore, this one simply stated fact is responsible for many of the principal features of our universe, from chemistry to solid state physics to nuclear physics to the life cycle of stars. In spite of its fundamental importance, it is only a slight exaggeration to say that "everyone knows the spin-statistics theorem, but no one understands it". This book simplifies and clarifies the formal statements of the theorem, and also corrects the invariably flawed intuitive explanations which are frequently put forward.The book will be of interest to many practising physicists in all fields who have long been frustrated by the impenetrable discussions on the subject which have been available until now. It will also be accessible to students at an advanced undergraduate level as an introduction to modern physics based directly on the classical writings of the founders, including Pauli, Dirac, Heisenberg, Einstein and many others."

Title: Pauli and the Spin-Statistics Theorem

Book Condition: Near Fine with no dust jacket

Pauli and the Spin-Statistics Theorem