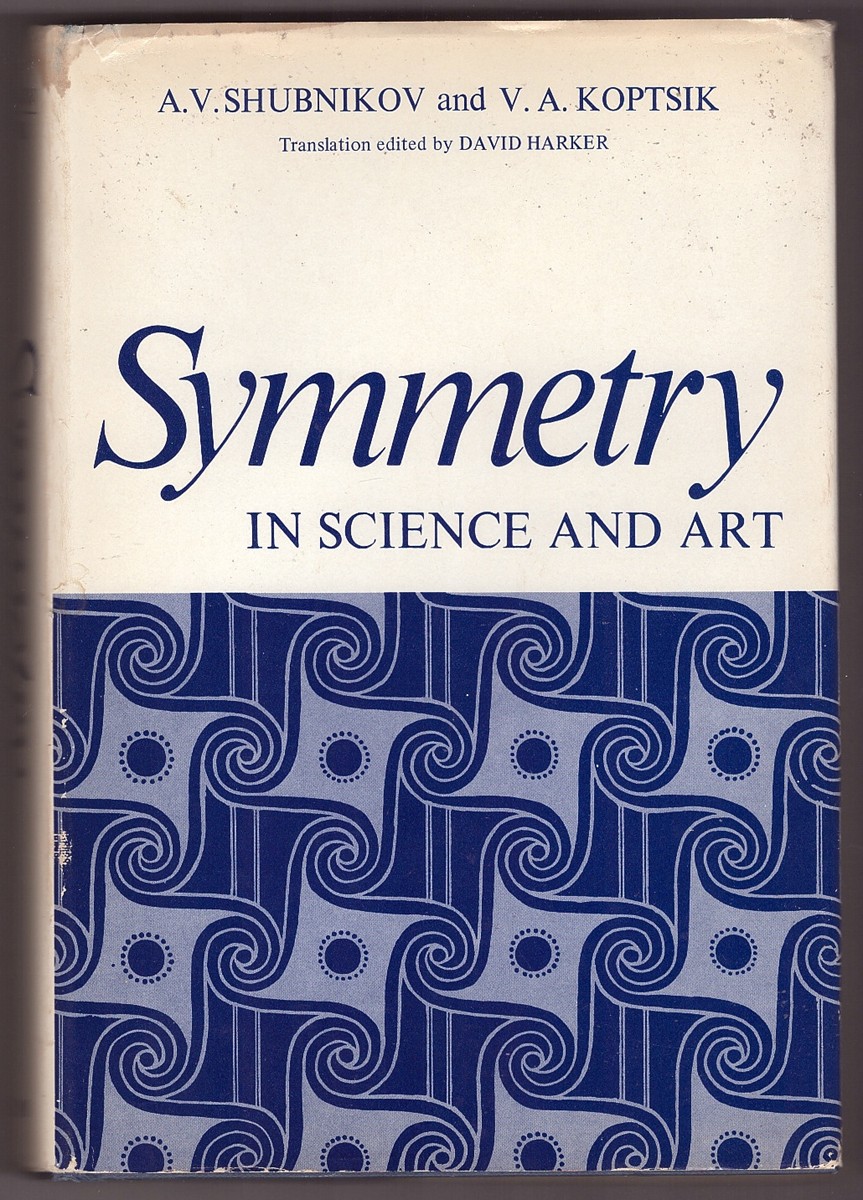 Symmetry in Science and Art

DJ and boards show some shelf wear, top corners bumped, 1/4" piece missing from DJ at top of spine area. Small tears and light chipping, damp stain top DJ spine. ; A tight solid book. Dust jacket in Mylar jacket protector, text unmarked. ; B&W Illustrations; 8.60 X 6.40 X 1.50 inches; 420 pages; "The perception of symmetry in art and in nature has been appreciated since antiquity, with development of the underlying laws tracing back at least to Pythagorean times. By the end of the eighteenth century it was realized that the immense variety of natural crystal shapes could be accounted for on the basis of a rather small number of symmetry operations, of which some were equally applicable to biological systems. The mathematical theory of symmetry continued to mature throughout the last century, culminating in the independent discoveries in Russia, Germany, and England that a total of only 230 independent ways exist in which the operations of rotation, reflection, and translation can be combined to transform three-dimensional geometrical objects into themselves. Derivation of the 230 space groups depends ultimately on restricting the meaning of symmetry to that of a property of purely geometrical figures. A. V. Shubnikov and his collaborators, over the past three decades, expanded this concept of symmetry to include the sign of transformation operations."

Title: Symmetry in Science and Art

Symmetry in Science and Art