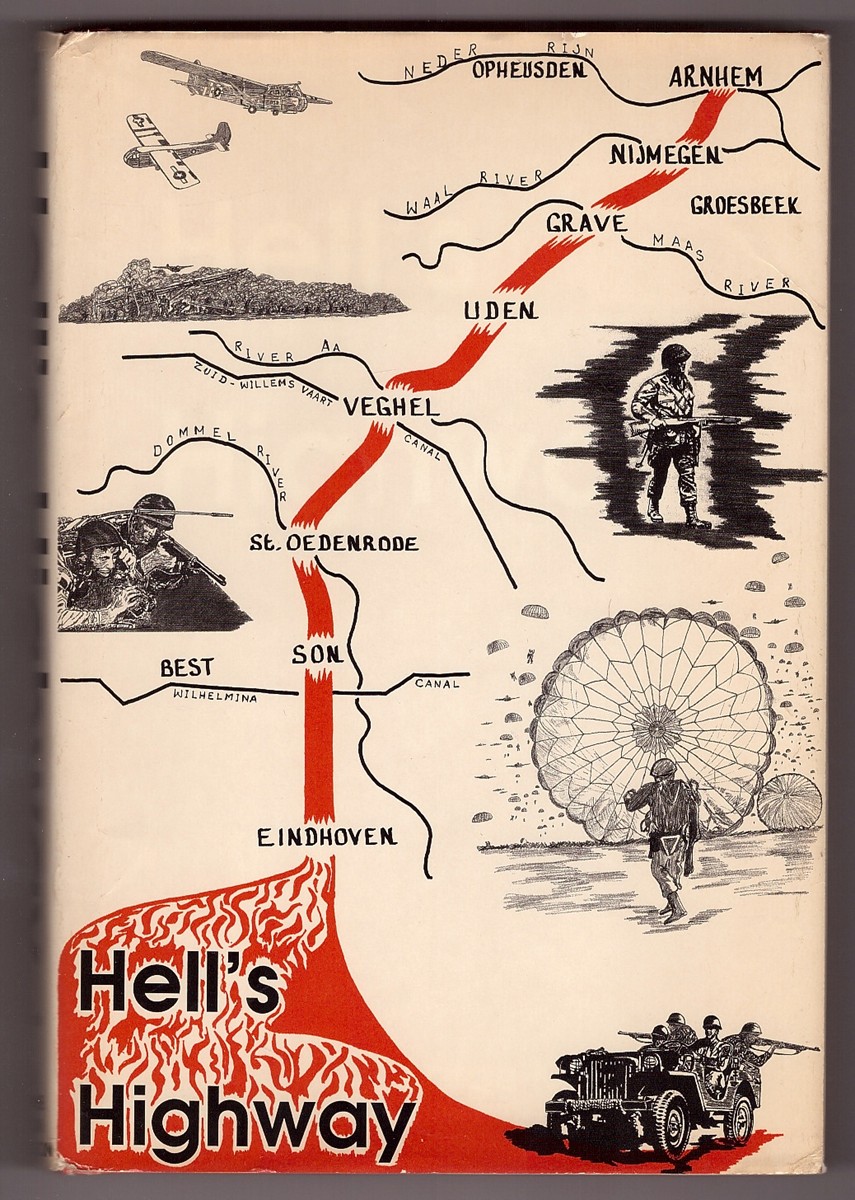 Hell's Highway Chronicle of the 101st Airborne Division in the Holland Campaign, September-November, 1944

DJ shows light shelf wear, light soiling, edges show light chipping. back corners of book are bumped. ; A tight solid book. Dust jacket in Mylar jacket protector. ; B&W Illustrations and Maps; Large 8vo 9" - 10" tall; 453 pages; "Hell's Highway' is a history, most of which has never before been written. It is adventure recorded by those who lived it and put into context by an author who was also there. It is human drama on an enormous scale, told through the personal stories of 612 contributors of written and oral accounts of the "Screaming Eagles" part in the attempt to liberate the Netherlands" in the followup to the DDay invasion of German held Europe. This division was known for the daring landings of paratrooper and gliders directly into the border towns of Eindhoven and Arnhem. George Koskimaki was a combat radioman for the division commander, Major General Maxwell D. Taylor.

Hell's Highway Chronicle of the 101st Airborne Division in the Holland Campaign, September-November, 1944