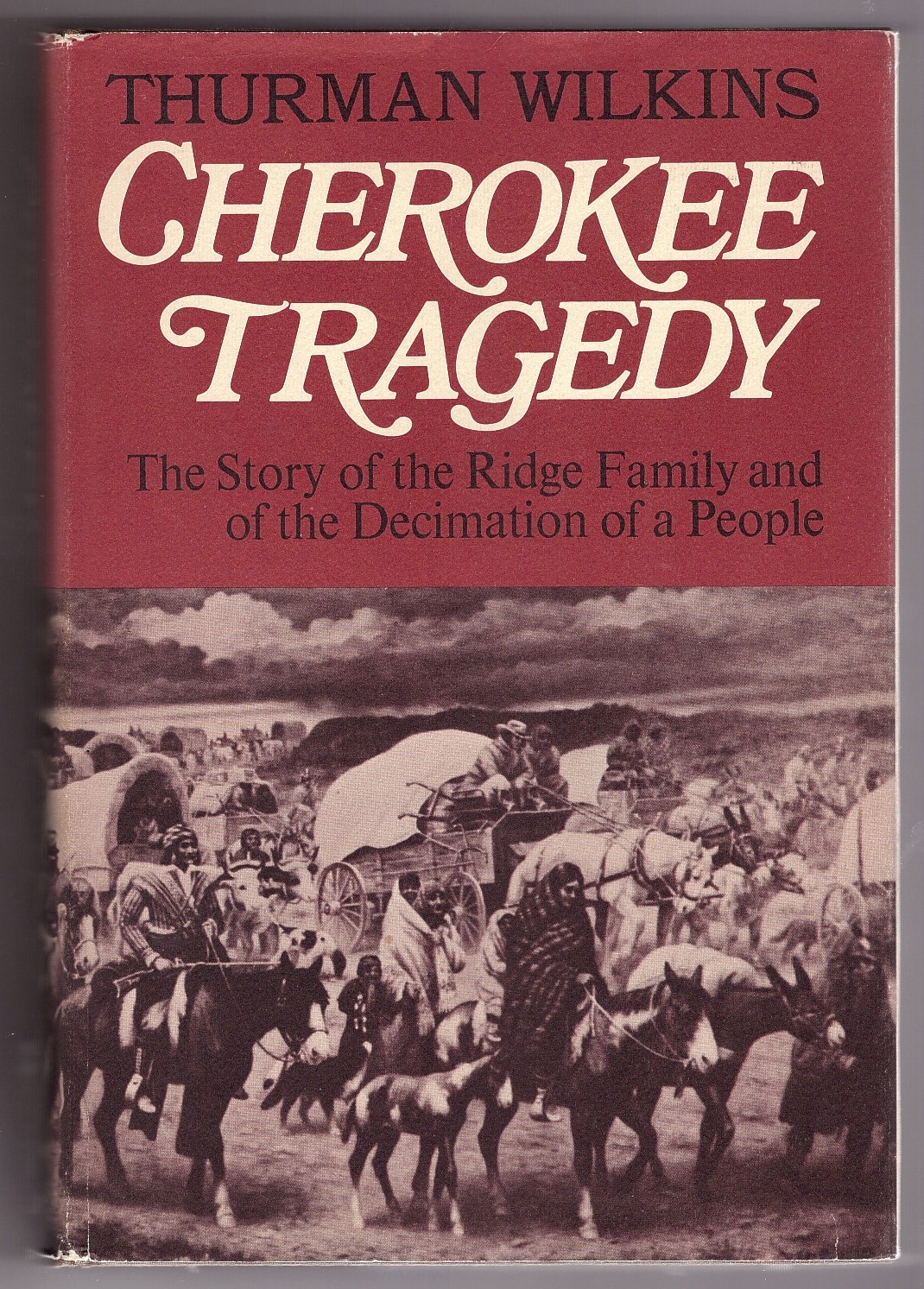 DJ and boards show shelf wear, small tears and light chipping. Gift inscription on back of FFEP, price-clipped. ; A tight solid book. Dust jacket in Mylar jacket protector. ; Large 8vo 9" - 10" tall; 398 pages; "Beginning with the birth of the Cherokee patriarch Major Ridge in the 1770’s, Thurman Wilkins tells the events that led to the Trail of Tears, through the eyes of the illustrious Ridge family. Major Ridge and his Connecticut-educated son John were willing to abandon the rich tribal homelands in North Carolina, Tennessee, Alabama, and Georgia and emigrate west to the Indian Territory to escape the white invaders.During the decades of fruitless negotiations that culminated in the infamous Treaty of New Echota, Georgia, in 1835, the Ridges and their relatives Elias Boudinot and Stand Watie became persuaded that further protests by the Cherokees would lead only to their annihilation at the hands of the whites. The pro-treaty Ridge faction was opposed by fiery John Ross, the leader of the majority National Party, who wanted to stay and fight in the Southeast against all odds."

Title: Cherokee Tragedy The Story of the Ridge Family and the Decimation of a People