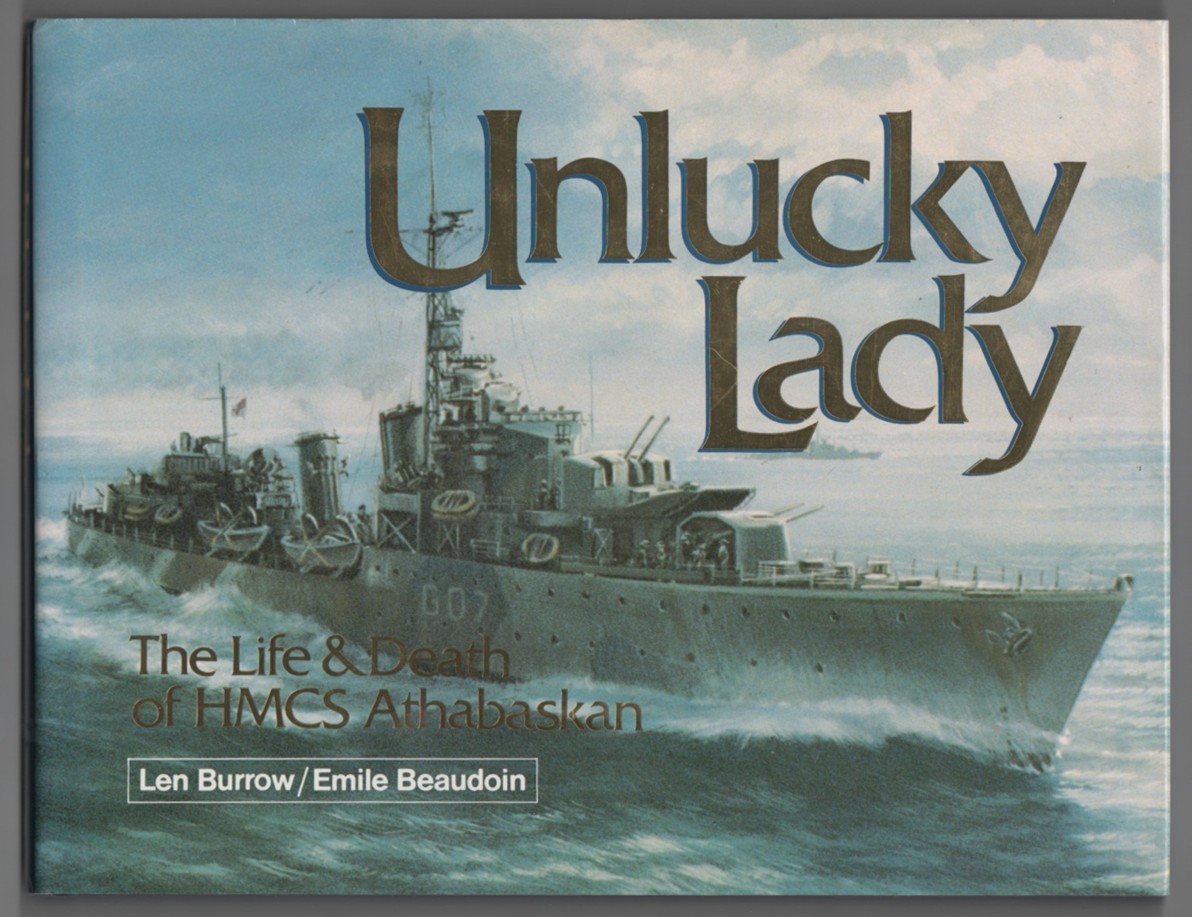 Unlucky Lady The Life and Death of HMCS Athabaskan

Only light wear to dust jacket and book. ; DJ in protective Mylar sleeve, unclipped. A bright, solid book.; B&W Photographs, Maps; Oblong 8vo 8" to 9" tall; 198 pages; This book is a memorial to to a ship and the men who served on her. Author Len Burrow's brother 'was reported missing, presumed dead while serving aboard the Athabaskan on her final patrol' and author Emile Beaudoin 'was with the ship on her final patrol, surviving to spend the remainder of the war at the POW camp Marlag und Milag. The tribal class Athabaskan was torpedoed and sunk April 29th 1944. "The story of the Canadian Tribal Class Destroyer, the HMCS Athabaskan. The ship was in service clearing the English Channel before the mainland invasion, and was sunk by torpedo in April 1944. Includes historic photographs and a list of the servicemen on board during her last patrol"

Title: Unlucky Lady The Life and Death of HMCS Athabaskan

Unlucky Lady The Life and Death of HMCS Athabaskan