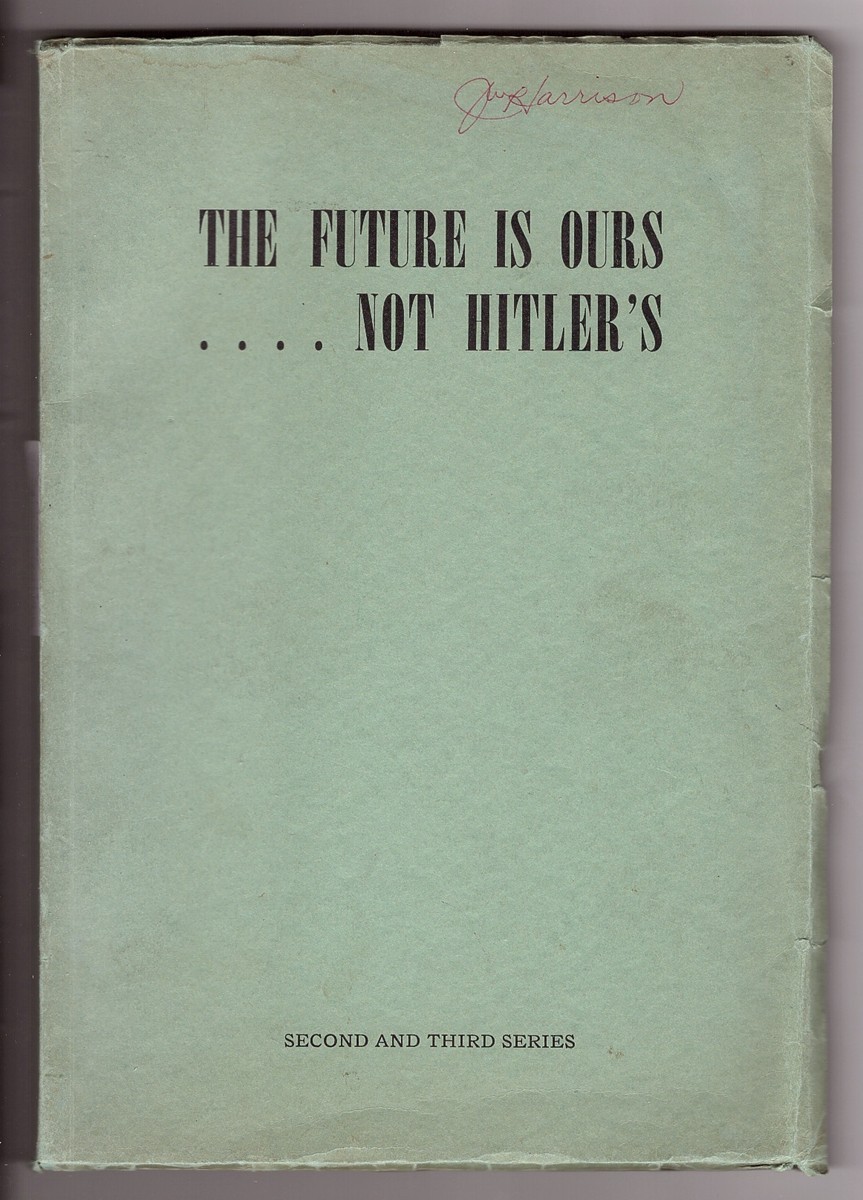 The Future is Ours... Not Hitler's - Second and Third Series

Covers show shelf wear with some staining, small tears. Previous owner's name on title page. ; A tight solid book, green paper covers. ; Unpaginated pages; At a low point for the Allies early in WWII, an agreement was made whereby Vancouver Breweries Ltd donated their advertising budget to have a series of 26 articles appear in a Vancouver newspaper - articles which educated the general public about the dire situation Britain and her allies faced and the part Canada played. This first series which appeared June 15th to December 11th 1940 was so well received that it was bound in booklet form and distributed to interested readers. A second and third series was written between February 1941 and February 1942. This book contains the second and third series of articles.

Title: The Future is Ours... Not Hitler's - Second and Third Series

The Future is Ours... Not Hitler's - Second and Third Series