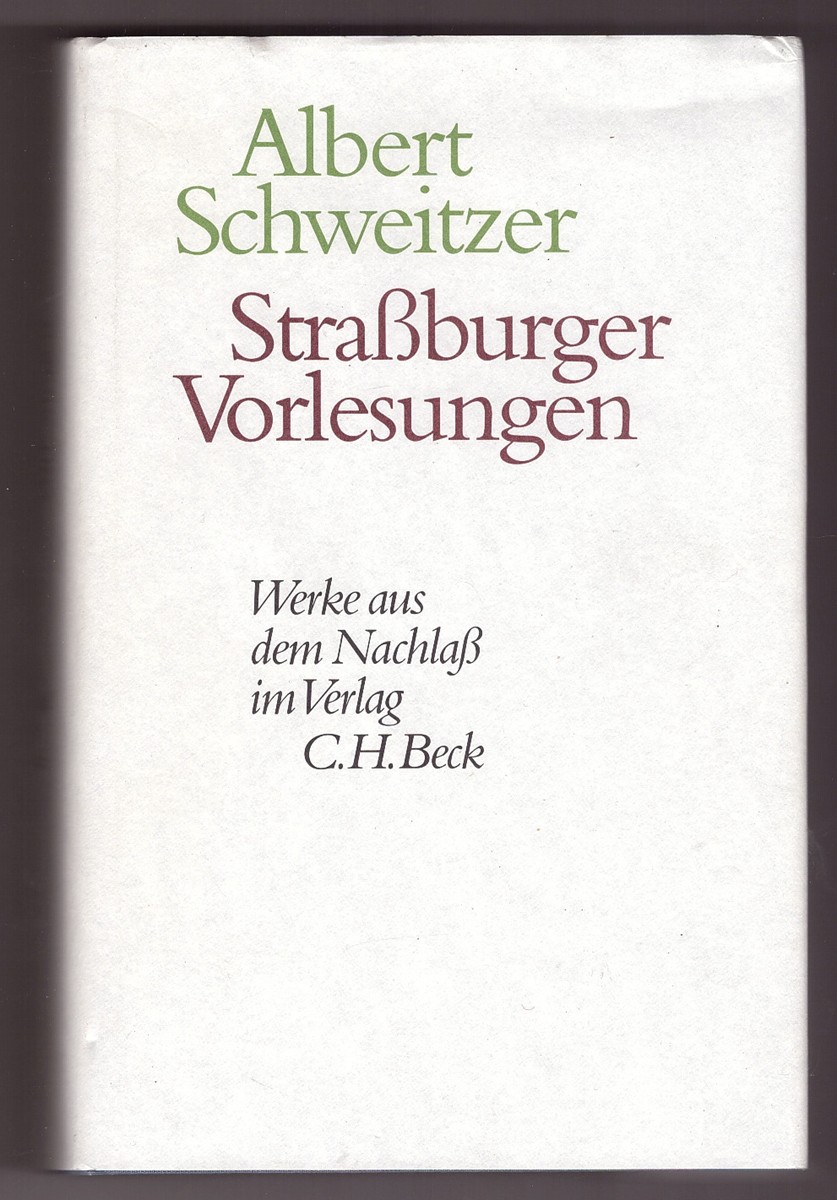 Top fore corners bumped, only light wear to blue cloth covered boards and white dust jacket ; A bright, solid book, hinges intact, errata slip laid in. Text in German.; Werke aus dem Nachlass / Albert Schweitzer; 8.90 X 6.06 X 1.81 inches; 759 pages; Schweitzer's post secondary education was in Strassburg in both Protestant theology and piano. "In 1899 Schweitzer became a deacon at the church of Saint Nicholas in Strasbourg. In 1900, with the completion of his licentiate in theology, he was ordained as curate. In the following year he became provisional Principal of the Theological College of Saint Thomas (from which he had just graduated), and in 1903 his appointment was made permanent." (Wikipedia) This book is a study of his early religious writings and lectures put together by Erich Grässer and Johann Zürcher.