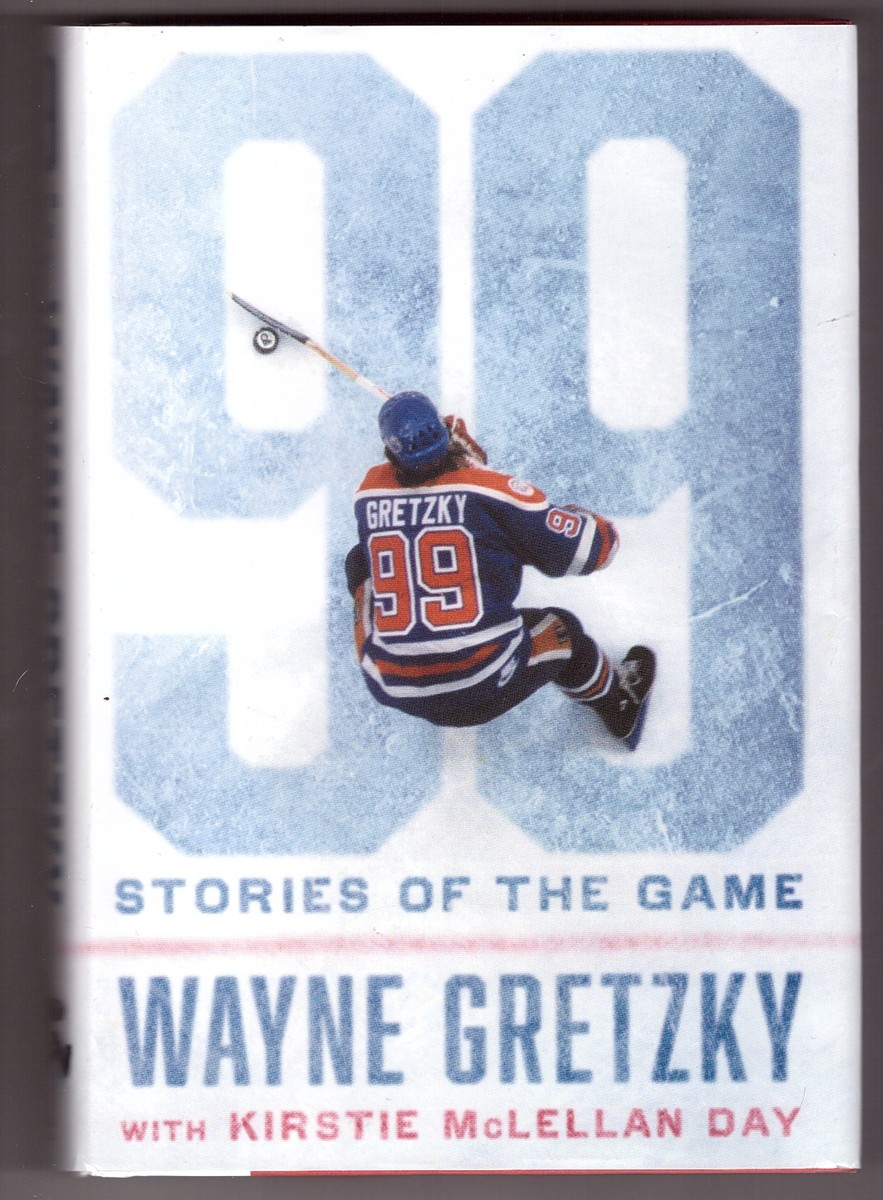 99 Stories of the Game

DJ shows very light shelf wear, small spot on page foredges. ; A crisp, bright book, dustjacket in Mylar, unclipped.; B&W and colour plates; 9.37 X 6.54 X 1.50 inches; 400 pages; "In 99: Stories of the Game, Gretzky looks back on the last ninety-nine years and tells us, from his point of view, about the NHL’s most memorable moments. We already know what he means to the game. Now he shows us what the game means to him.From hockey's fierce early battles on natural ice; through its mythical golden era, where Howe, Richard, Béliveau, Hull, Orr, and Esposito defined greatness; through the unforgettable dynasties in Montreal, New York, and Edmonton and the success stories of today’s NHL, Gretzky takes us onto the ice and into the dressing room to share never-before-published stories about the great players and great characters who have inspired him.With the insight of someone who knows the incomparable thrill of lifting the Stanley Cup, as well as the agony of falling short against a bitter rival, Gretzky weaves in his own memories with the saga of the game that has meant so much to him.Warm, direct, and personal, these are accounts of friendship and rivalry, triumphs and upsets, role players and heroes. All of them great stories of the game."

Title: 99 Stories of the Game

99 Stories of the Game