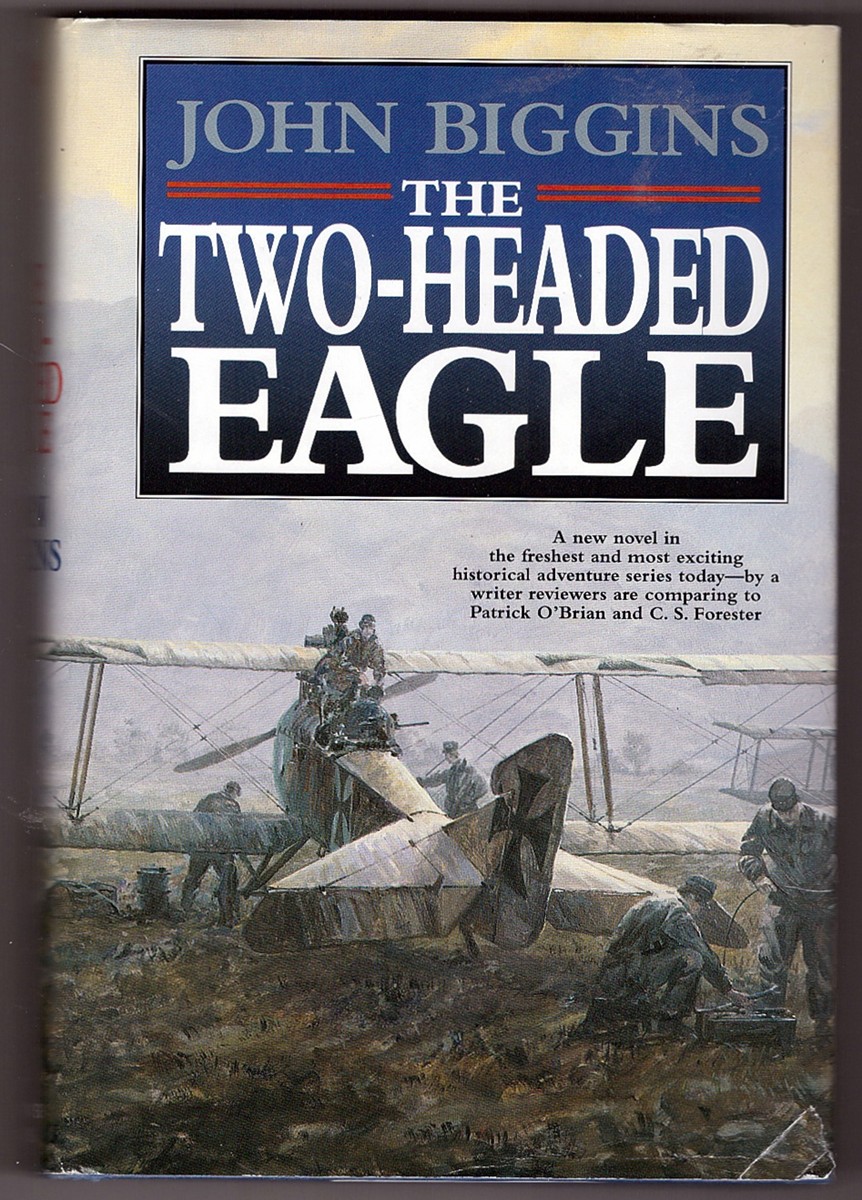 The Two-Headed Eagle A Novel

Light shelfwear, a couple of short tears on DJ.; A bright, solid book, dustjacket in Mylar, unclipped. ; Otto Prohaska #3; 8.30 X 5.60 X 1.40 inches; 367 pages; Otto Prohaska, a lieutenant in the Austro-Hungarian navy during World War I, is temporarily assigned to the Flying Service as an officer observer. Working under an incompetent commanding officer who is afraid to fly, Prohaska risks his life to increase his squadron's "miles flown" statistics and deliver a general's love letters to his wife. Written in the form of a memoir, the novel offers wry, cutting observations about an aspect of the war seldom seen. Biggins, who lives in England, has written A Sailor of Austria and The Emperor's Coloured Coat, the first two books in a series featuring Prohaska. In the third book, he re-creates the Austro-Hungarian Empire in detail. Not an action-packed war novel, this is instead a thoughtful look at foibles and fatalities in Austria during the Great War.

Title: The Two-Headed Eagle A Novel

The Two-Headed Eagle A Novel