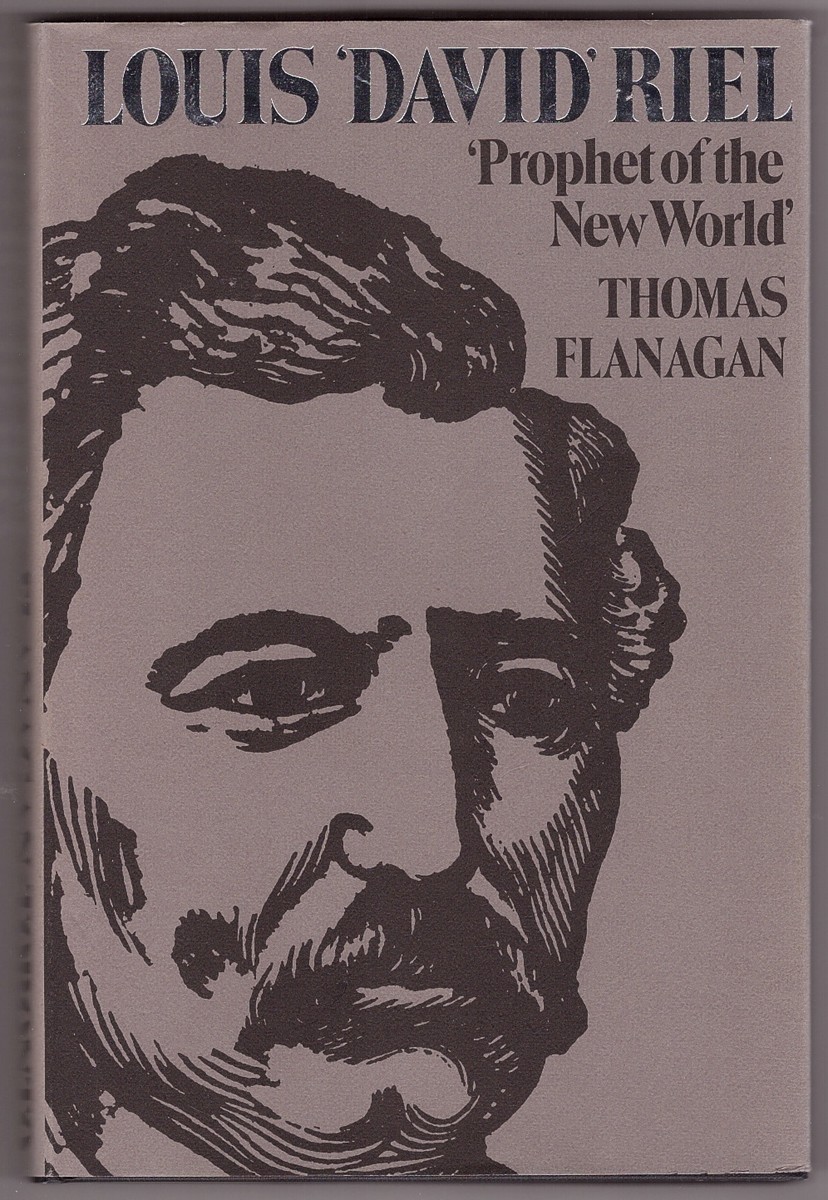 DJ shows very light shelf wear with 2 small tears on back top, lightly sun-faded on spine. ; A bright, solid book. Dust jacket in Mylar jacket protector. ; Large 8vo 9" - 10" tall; 216 pages; "Early writers about Louis Riel have noted his religious beliefs but have not taken them seriously. They have usually dismissed Riel's attempt to found a new religion as the symptom of a deranged mind. Thomas Flanagan takes Riel's religion seriously and analyses it using categories developed in the literature about millenarian movements. He shows that Riel's religion, far from being simply individual madness, is typical of the nativistic and millenarian movements described by one author as the 'religions of the oppressed.'This is also a biography, tracing Riel's thinking on religious subjects from his childhood to the end of his life and paying particular attention to events in his life that influenced his thinking. This developmental approach is necessary because Riel's ideas changed frequently; he never arrived at a fixed 'system.'The research is based on primary sources throughout. Much new documentation has become available over the past thirty years. Flanagan also re-interprets well-known documents. While this revised edition does not alter the fundamentals of his interpretation, it improves the historical backdrop against which it is presented through use of a wealth of new primary sources. Flanagan has updated his citings of Riel's manuscripts to current sources."