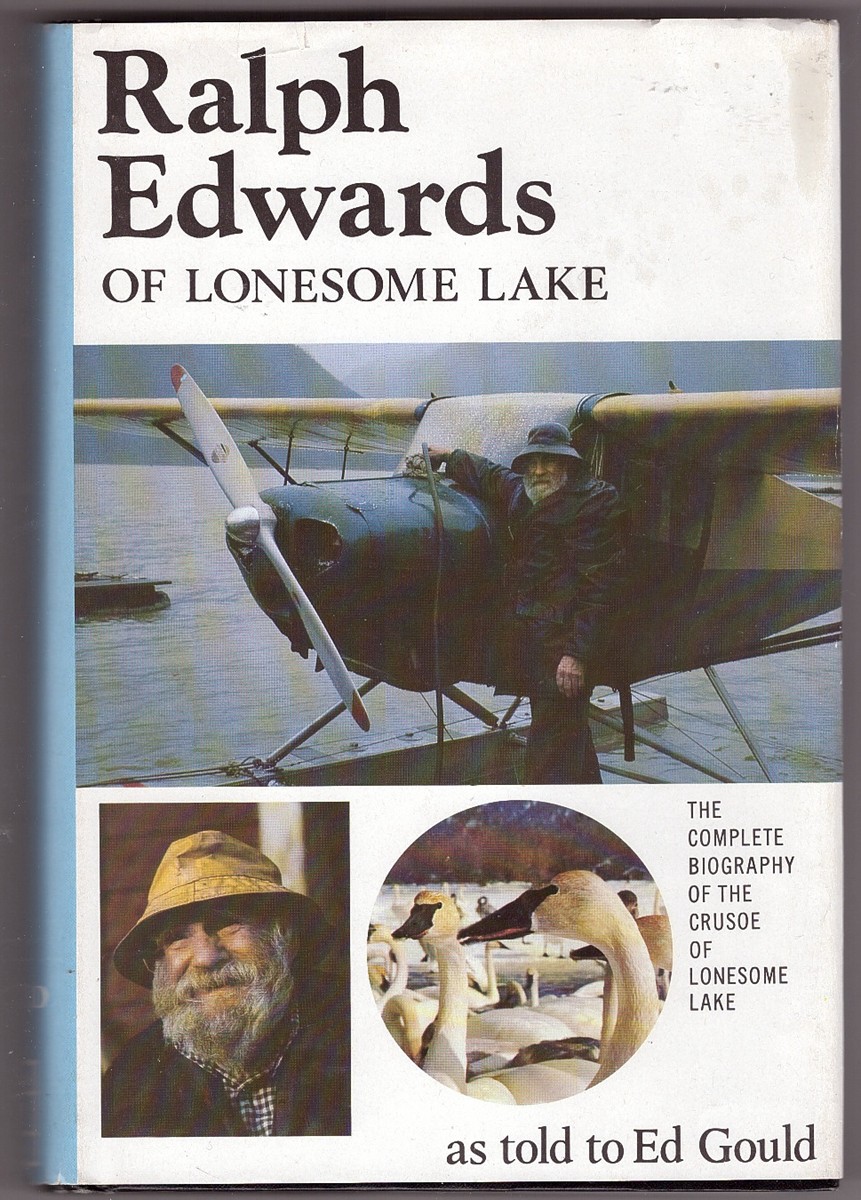 DJ has some shelf wear present, with short tears and light chipping. ; A bright solid book. Dust jacket in Mylar jacket protector. ; B&W and colour illustrations; 8vo 8" - 9" tall; 296 pages; This is an oral history narrated by Edwards and written by Gould. This is the first of a trilogy of books about and by Edwards family members. It is the amazing story of a man who lived a self dependent life in the wilderness of British Columbia, learned to fly at 65 and became a commercial fisherman at 70. Edwards is best known for his efforts to preserve the wild life of northern British Columbia. Lonesome Lake became a wildlife refuge which after his death was tended by his son John. Unfortunately in 2004 wildfires destroyed the buildings at this remote outpost. "Often called The Crusoe of Lonesome Lake, because of a best-selling book written by the American journalist Leland Stowe, Edwards has gone on to live at least one more life and reveals himself to be a pioneer of a breed that no longer exists. Best known for his almost single-handed rescue of the trumpeter swans from extinction in North America, Edwards now related in his own words other aspects of his long, varied life, including experience with his missionary parents in India, as a telegraph operator under fire in World War I and his eventual return to Lonesome Lake."