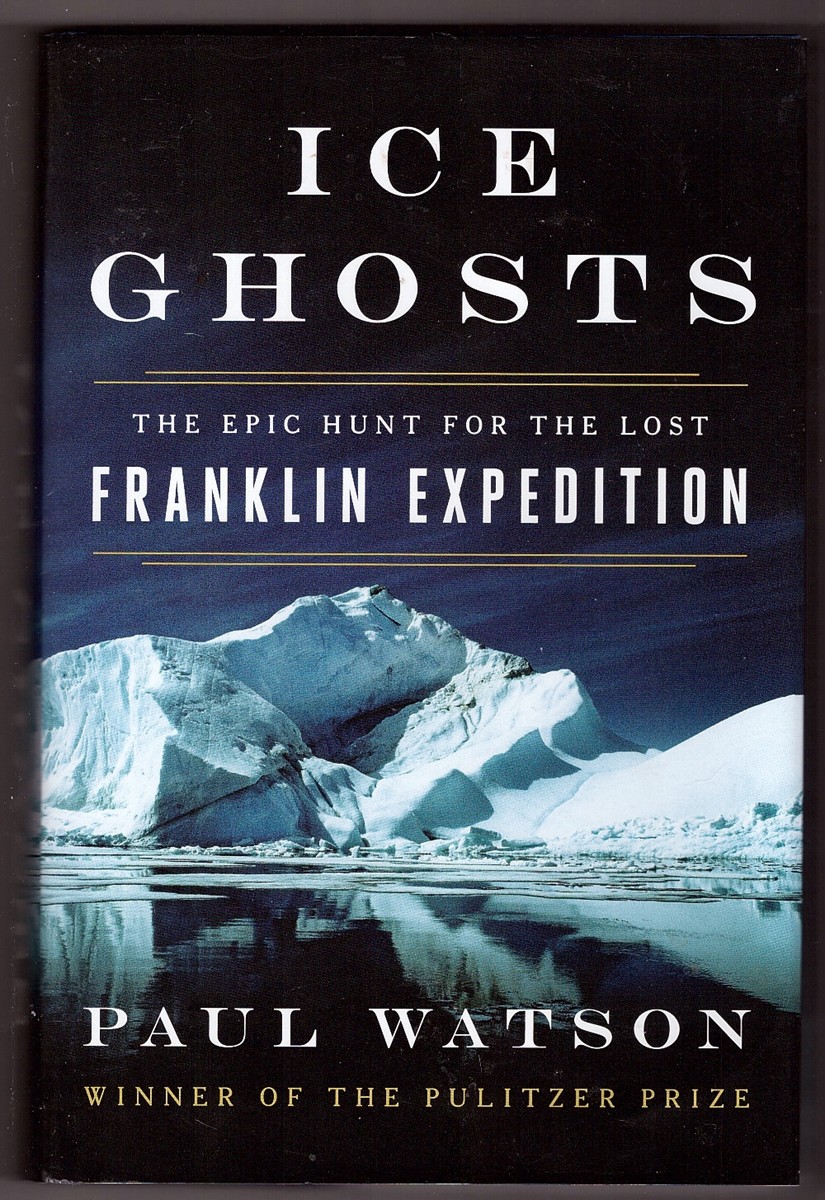 Ice Ghosts The Epic Hunt for the Lost Franklin Expedition

DJ has minor creasing, otherwise a near-fine copy. ; A bright, solid book dustjacket in Brodart, unclipped.; B&W Illustrations; Large 8vo 9" - 10" tall; 384 pages; "Franklin's lost expedition was a British voyage of Arctic exploration led by Captain Sir John Franklin that departed England in 1845 aboard two ships, HMS Erebus and HMS Terror. A Royal Navy officer and experienced explorer, Franklin had served on three previous Arctic expeditions, the later two as commanding officer. His fourth and last, undertaken when he was 59, was meant to traverse the last unnavigated section of the Northwest Passage. After a few early fatalities, the two ships became icebound in Victoria Strait, near King William Island in the Canadian Arctic. The entire expedition, comprising 129 men including Franklin, was lost." (Wikipedia) " The journalist Paul Watson was on the icebreaker that led the expedition that discovered the HMS Erebus in 2014, and he broke the news of the discovery of the HMS Terror in 2016. In a masterful work of history and contemporary reporting, he tells the full story of the Franklin Expedition: Sir John Franklin and his crew setting off from England in search of the fabled Northwest Passage; the hazards they encountered and the reasons they were forced to abandon ship after getting stuck in the ice hundreds of miles from the nearest outpost of Western civilization; and the dozens of search expeditions over more than 160 years, which collectively have been called "the most extensive, expensive, perverse, and ill-starred . . . manhunt in history." All that searching turned up a legendary trail of sailors' relics, a fabled note, a lifeboat with skeletons lying next to loaded rifles, and rumors of cannibalism . . . but no sign of the ships until, finally, the discoveries in our own time. As Watson reveals, the epic hunt for the lost Franklin Expedition found success only when searchers combined the latest marine science with faith in Inuit lore that had been passed down orally for generations. "

Ice Ghosts The Epic Hunt for the Lost Franklin Expedition