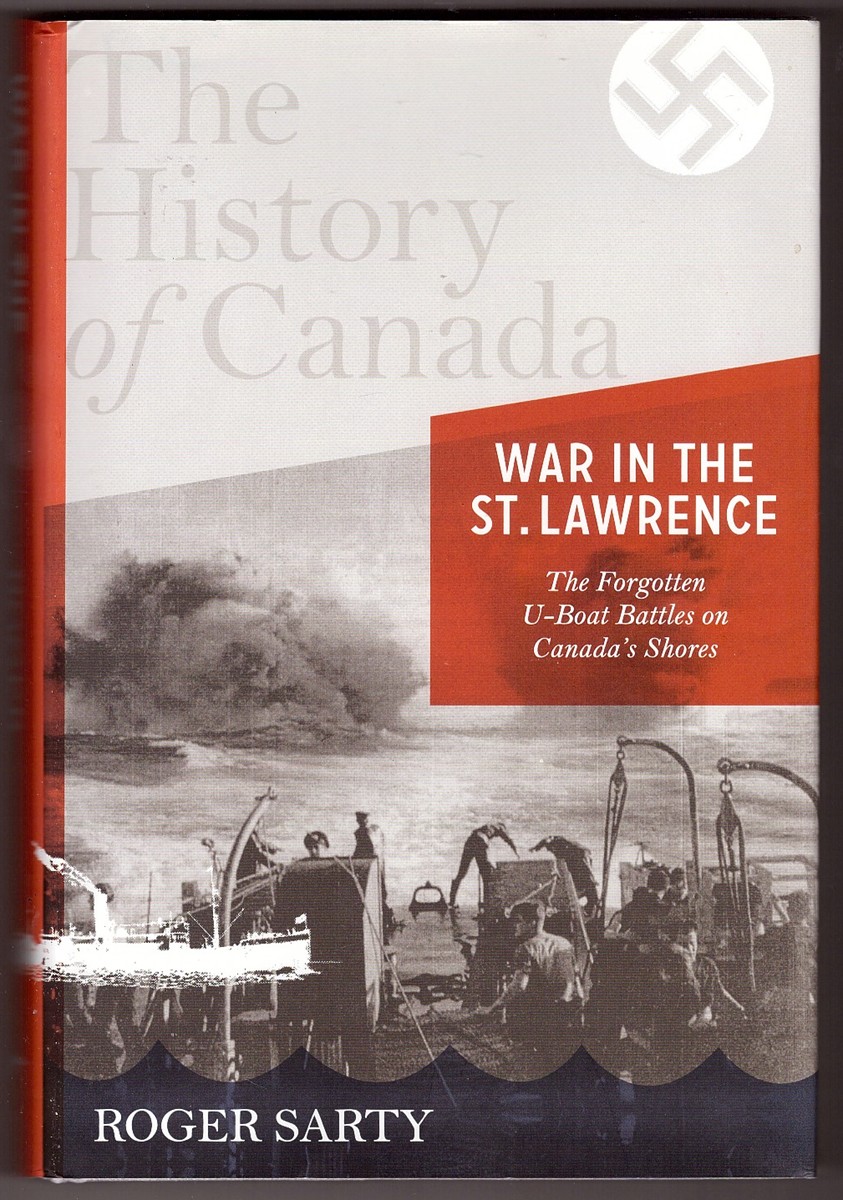 The History of Canada Series War in the St. Lawrence: the Forgotten U-Boat Battles on Canada's Shores

DJ has small crease on front flap. ; A bright, solid book dustjacket in Mylar, unclipped. ; B&W Photographs; 9.1 X 6.1 X 1.4 inches; 355 pages; "From 1942 to 1944, fifteen German submarines destroyed or severely damaged twenty-seven ships, including three Canadian warships, a U. S. Army troop transport, and the Newfoundland ferry Caribou . More than 250 lives were lost. It was the only battle of the twentieth century to take place within Canada’s boundaries, and the only battle to be fought almost exclusively by Canadian forces under Canadian, rather than alliance, high command. And for more than forty years the battle was characterized as a Canadian defeat. But was it a defeat? Drawing on new material from wartime records—including ultra-top-secret Allied decryptions of German naval radio communications, Roger Sarty shows that Canada mounted a successful defence with far fewer resources and in the face of much greater challenges than previously known. He draws vivid pictures of the intense combat on Canada’s shores and the interplay of the St. Lawrence battle with war politics in Ottawa, Washington, and London. At the same time, he weaves a second story: how researchers reassembled the scattered war records in Canada, Britain, the United States, and Germany, and brought the long-forgotten battle to life for new generations of Canadians and international audiences."

Title: The History of Canada Series War in the St. Lawrence: the Forgotten U-Boat Battles on Canada's Shores

The History of Canada Series War in the St. Lawrence: the Forgotten U-Boat Battles on Canada's Shores