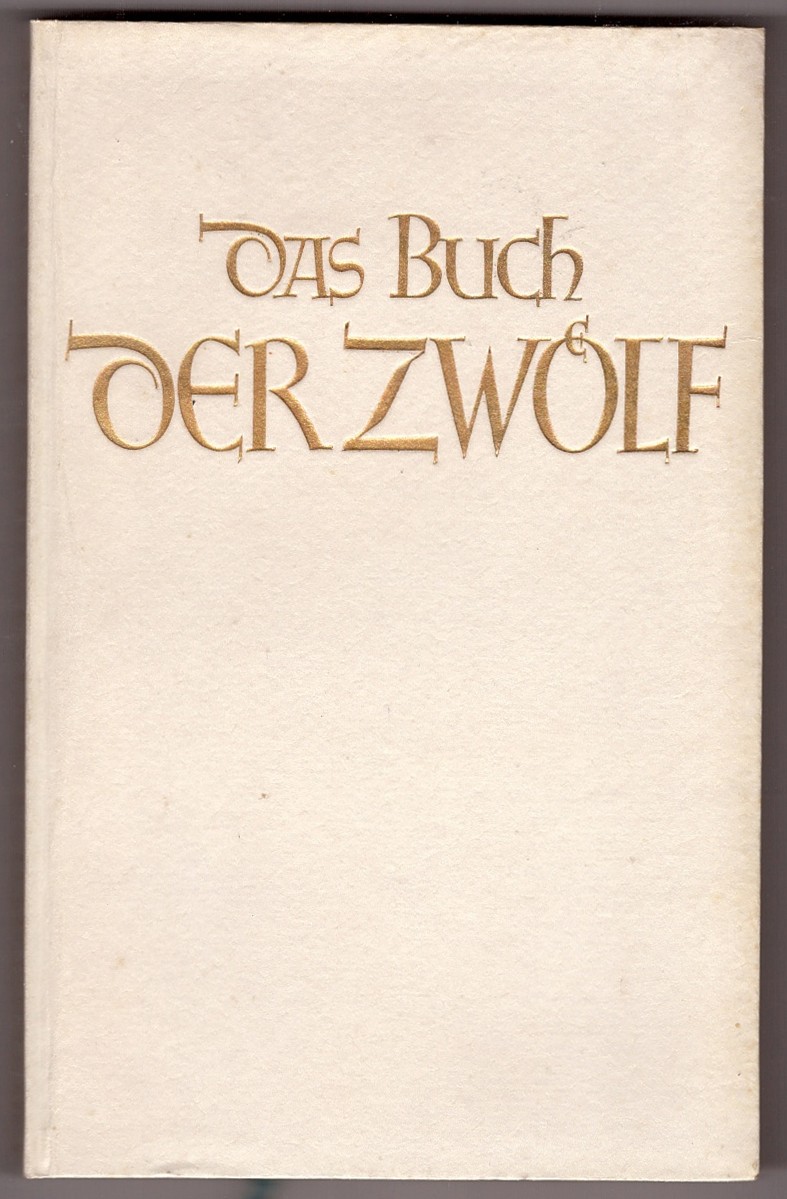 Book Condition: Very Good+ with No dust jacket as issued

Slight soil. ; This is from a deluxe set bound in vellum with gilt titles front and spine; Die Schrift #13; Small 8vo 7½" - 8" tall; 237 pages; Das Buch (Die Schrift) is the first translation of the Hebrew Bible into German, a language that would be more understandable to European Jews. "Born in Vienna, Buber came from a family of observant Jews, but broke with Jewish custom to pursue secular studies in philosophy. In 1902, he became the editor of the weekly Die Welt, the central organ of the Zionist movement, although he later withdrew from organizational work in Zionism. In 1923, Buber wrote his famous essay on existence, Ich und Du (later translated into English as I and Thou) , and in 1925, he began translating the Hebrew Bible into the German language. In 1930, Buber became an honorary professor at the University of Frankfurt am Main, but resigned in protest from his professorship immediately after Adolf Hitler came to power in 1933. He then founded the Central Office for Jewish Adult Education, which became an increasingly important body as the German government forbade Jews to attend public education. In 1938, Buber left Germany and settled in Jerusalem, Mandate Palestine (later Israel)." Buber worked with Rosenzweig until ill health forced his co-translator to resign in 1929. The balance of work was done by Buber alone. With the rise of Nazism and the changes to the laws regulating the publishing industry, Verlag Lambert Schneider was forced to cede the publishing of this series to Schocken.

Book Condition: Very Good+ with No dust jacket as issued