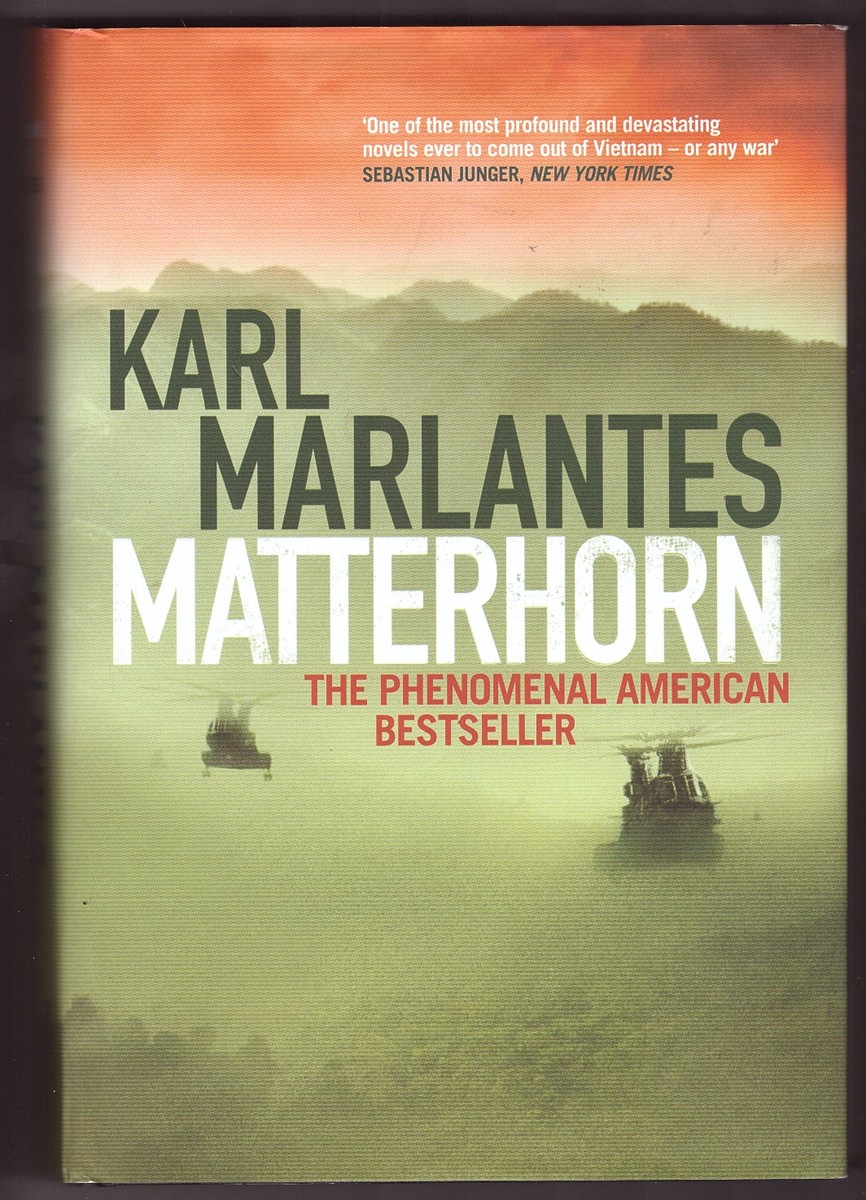 Matterhorn A Novel of the Vietnam War

Only slight wear ; A bright, solid book dustjacket in Mylar, unclipped.; 9.3 X 6.5 X 2.2 inches; 600 pages; " It is the timeless story of a young Marine lieutenant, Waino Mellas, and his comrades in Bravo Company, who are dropped into the mountain jungle of Vietnam as boys and forced to fight their way into manhood. Standing in their way are not merely the North Vietnamese but also monsoon rain and mud, leeches and tigers, disease and malnutrition. Almost as daunting, it turns out, are the obstacles they discover between each other: racial tension, competing ambitions, and duplicitous superior officers. But when the company finds itself surrounded and outnumbered by a massive enemy regiment, the Marines are thrust into the raw and all-consuming terror of combat. The experience will change them forever. Matterhorn is a visceral and spellbinding novel about what it is like to be a young man at war. It is an unforgettable novel that transforms the tragedy of Vietnam into a powerful and universal story of courage, camaraderie, and sacrifice: a parable not only of the war in Vietnam but of all war, and a testament to the redemptive power of literature."

Title: Matterhorn A Novel of the Vietnam War

Matterhorn A Novel of the Vietnam War