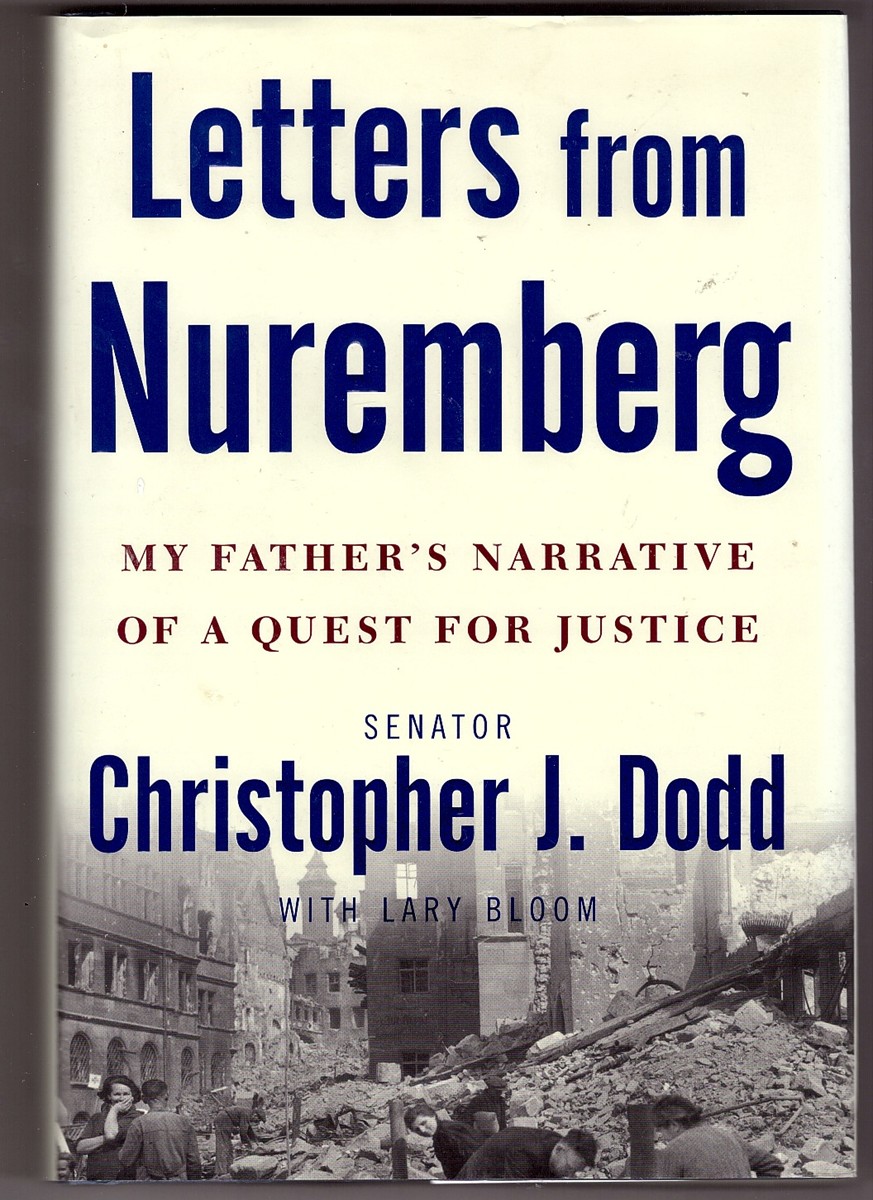 Letters from Nuremberg My Father's Narrative of a Quest for Justice

DJ and boards show very light shelf wear.; A bright, solid book, dustjacket in Mylar, unclipped.; B&W Photographs; 9.3 X 6.2 X 1.3 inches; 373 pages; "For some sixty years, the Nuremberg trials have demonstrated the resolve of the United States and its fellow Allied victors of the Second World War to uphold the principles of dispassionate justice and the rule of law even when cries of vengeance threatened to carry the day. In the summer of 1945, soon after the unconditional surrender of Nazi Germany, Thomas J. Dodd, the father of U.S. Senator Christopher J. Dodd of Connecticut, traveled to the devastated city of Nuremberg to serve as a staff lawyer in this unprecedented trial for crimes against humanity. Thanks to his agile legal mind and especially to his skills at interrogating the defendants—including such notorious figures as Hermann Göring, Alfred Rosenberg, Albert Speer, Joachim von Ribbentrop, and Rudolf Hess—he quickly rose to become the number two prosecutor in the U.S. contingent.Over the course of fifteen months, Dodd described his efforts and his impressions of the proceedings in nightly letters to his wife, Grace. The letters remained in the Dodd family archives, unexamined, for decades. When Christopher Dodd, who followed his father’s path to the Senate, sat down to read the letters, he was overwhelmed by their intimacy, by the love story they unveil, by their power to paint vivid portraits of the accused war criminals, and by their insights into the historical importance of the trials. Along with Christopher Dodd’s reflections on his father’s life and career, and on the inspiration that good people across the world have long taken from the event that unfolded in the courtroom at Nuremberg, where justice proved to be stronger than the most unspeakable evil, these letters give us a fresh, personal, and often unique perspective on a true turning point in the history of our time. In today’s world, with new global threats once again put-ting our ideals to the test, Letters from Nuremberg reminds us that fear and retribution are not the only bases for confrontation. As Christopher Dodd says here, “Now, as in the era of Nuremberg, this nation should never tailor its eternal principles to the conflict of the moment, for if we do so, we will be shadowing those we seek to overcome.”"

Title: Letters from Nuremberg My Father's Narrative of a Quest for Justice

Letters from Nuremberg My Father's Narrative of a Quest for Justice