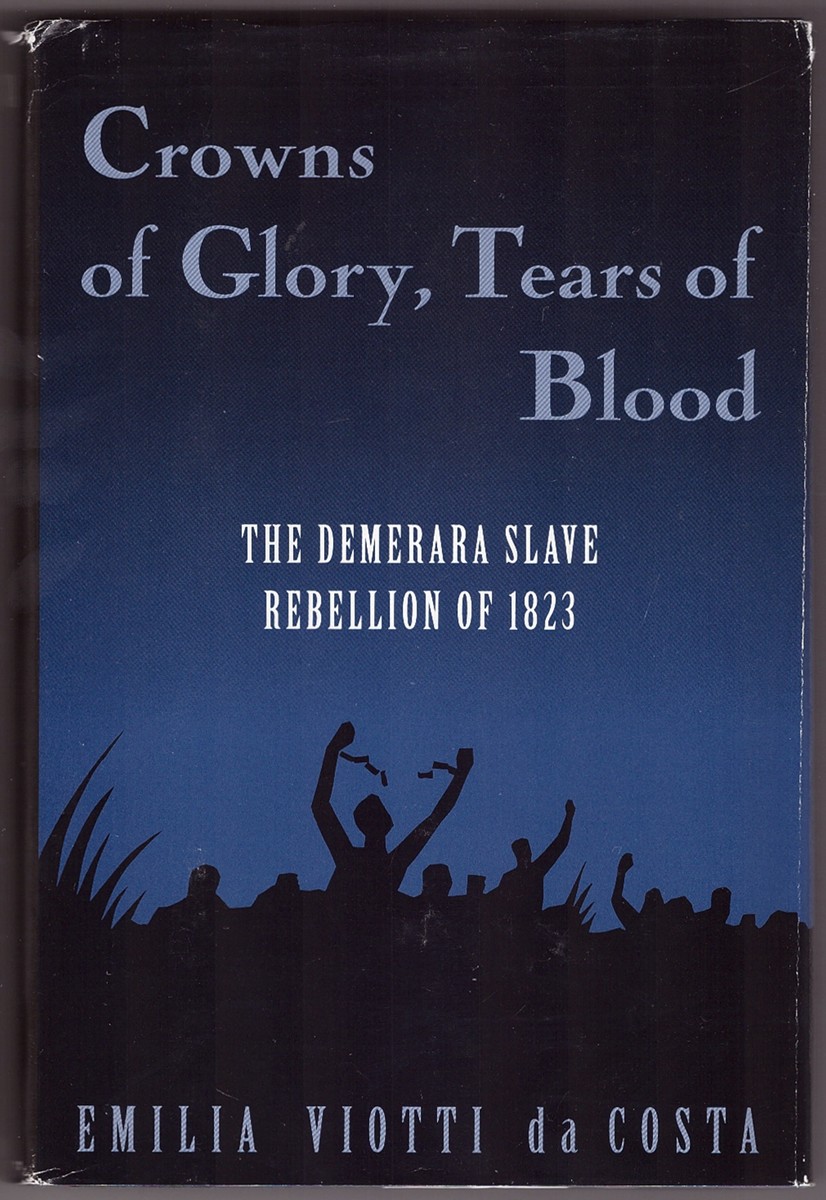 Crowns of Glory, Tears of Blood The Demerara Slave Rebellion of 1823

DJ and boards show light shelf wear, small tears and light chipping. ; A bright, solid book, dustjacket in Mylar.; 9.1 X 6.3 X 1.8 inches; 378 pages; "In Crowns of Glory, Emilia Viotti da Costa tells the riveting story of a pivotal moment in the history of slavery. Studying the complaints brought by slaves to the office of the Protector of Slaves, she reconstructs the experience of slavery through the eyes of the Demerara slaves themselves. Da Costa also draws on eyewitness accounts, official records, and private journals (most notably the diary of John Smith, one of four ministers sent by the London Missionary Society to convert Demerara's "heathen"), to paint a vivid portrait of a society in transition, shaken to its foundations by the recent revolutions in America, France, and Haiti. Smith and his wife, Jane, the planters and colonial politicians, and the leaders of the rebellion emerge as flesh-and-blood individuals, players trapped in a complex political game none of them could fully understand." "On the night of August 17, 1823, the distinctly African sounds of blaring shell-horns and beating drums signalled the start of one of the most massive slave rebellions in the history of the Western Hemisphere, the uprising in the British colony of Demerara (now Guyana)." "Casting new light on the nuances of racial relations in the colonies, the inevitable clash between the missionaries' message of Christian brotherhood and a social order based on masters and slaves, and the larger historical forces that were profoundly eroding the institution of slavery itself, Crowns of Glory is an original and unforgettable book."

Title: Crowns of Glory, Tears of Blood The Demerara Slave Rebellion of 1823

Crowns of Glory, Tears of Blood The Demerara Slave Rebellion of 1823