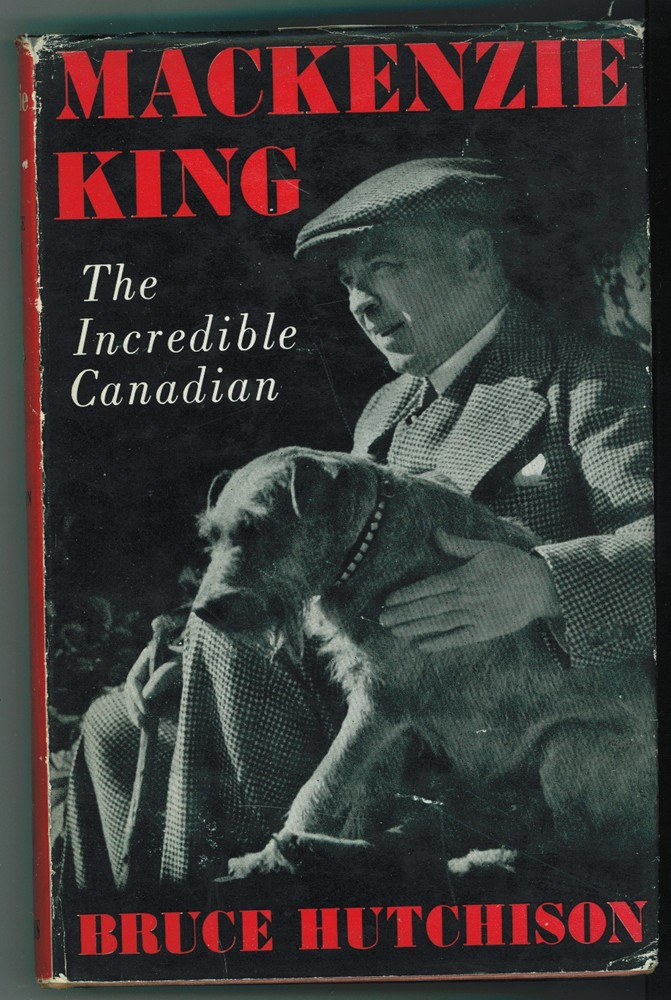 Some chipping, scuffing & wear, slight foxing, dust soil on page edges.; Dust jacket in Mylar jacket protector. ; B&W Photographs; 8vo 8" - 9" tall; 456 pages; From Canada's greatest political journalist comes the astonishing story of Prime Minister William Lyon Mackenzie King. "He appeared to the public a drab little man, round of face and body, who spoke in banalities. Behind this facade lay the skill of a political genius and a mind sharp enough to confound all his contemporaries. Radical, reformer, scholar, philosopher, historian, spiritualist, Mackenzie King was the Incredible Canadian. He grasped the reins of a leaderless party, brought it to power and then clung to the Prime Minister's office longer than any man in the history of the British Commonwealth. Few people have understood the convolutions of Mackenzie King's mind, his complexity, his contradictions, his idealism and devotion to Canada as does Bruce Hutchison. It refutes for all time the notion that Canadian history is dull or includes no colourful figures. This is more than a biography of Mackenzie King. Rather it is the engrossing story of the times which created the man and how the man shaped the times to suit his purposes."The Incredible Canadian was awarded the Governor General's Award for creative nonfiction.