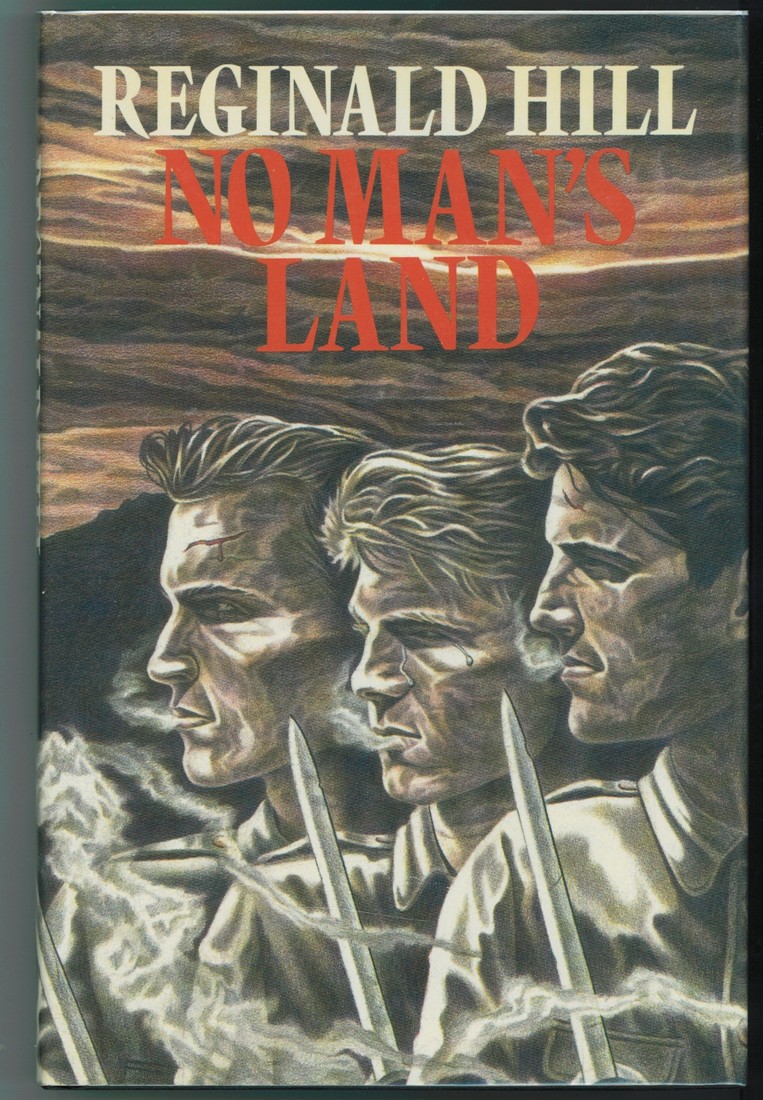 Heavy yellowing of pages as is usual with British novels of this period, previous owner's name embossed on front free end paper. ; A bright, solid book, dustjacket in Mylar.; Large 8vo 9" - 10" tall; 352 pages; This is the export edition with no price on front flap. Instead of a murder mystery Hill presents us with a gripping novel of the soldiers of 1916 WWI. 'Set in the aftermath of the Battle of Somme, 1916, this offbeat, intriguing tale is based upon the legend of armed and dangerous Allied deserters who supposedly roamed the ruined countryside, "no man's land," that existed between the British and German lines. Known to the British as Viney's Volunteers, the deserters are commanded by Arthur Aloysius Viney, an Australian army sergeant gone mad. Viney's chief British nemesis is Captain Jack Denial, commander of the military police and peacetime Scotland Yard detective. Viney, it seems, is responsible for the death of Denial's lover, an Army nurse. By the author of several well-received mystery novels, this present work is carefully researched and thoughtfully written. Its strengths include vivid background detail, an intricate but believable plot, and solid development of innumerable major and minor characters.'