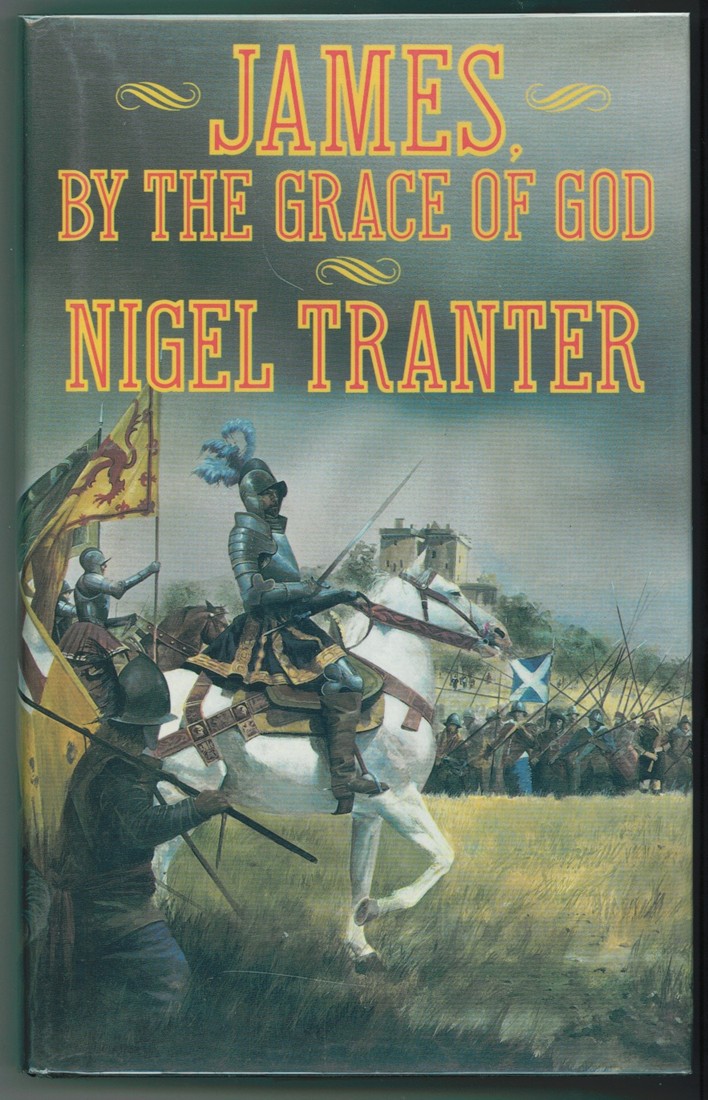 James, By the Grace of God

Light edge wear. Remnant of pevious owner's stamp on front free end paper. ; A bright solid, book, DJ in Mylar, unclipped. ; James the Fifth #2; 8vo 8" - 9" tall; 368 pages; Tranter continues the story of Scotland's King James V begun in his novel The Riven Realm. James, whose father, James IV, died when he was a baby, is 12 years old when this tale begins. For the warring nobles, control of the boy-king is a much sought after prize. Still, one man, Da vid Lindsay, remains faithful to his king and seeks to protect him from those who would keep him prisoner while ruling in his name. Later, when James reaches his majority, David tries (not always successfully) to keep the impressionable young man from heeding the advice of some of the more unscrupulous courtiers.

Title: James, By the Grace of God

James, By the Grace of God