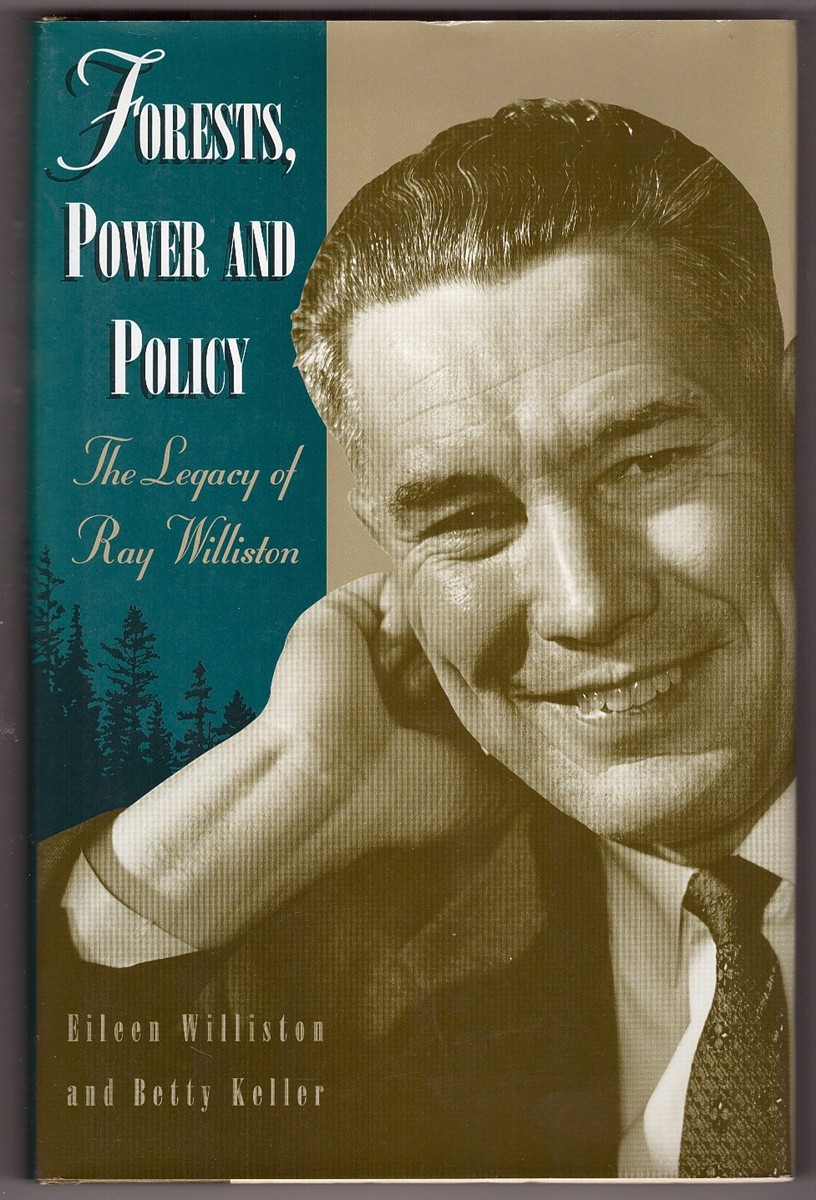 Forests, Power and Policy The Legacy of Ray Williston

Front flap of DJ creased, minor edge creasing. Gift notation on front free end paper. ; DJ in mylar, unclipped. A bright solid book. ; B&W Photographs; Large 8vo 9" - 10" tall; 318 pages; A biography of Ray Willliston, one of British Columbia's most influential Cabinet Ministers from the W. A. C. Bennett era. "As education minister, Ray Williston introduced the idea of university education for teachers, among other then-radical innovations. As minister of lands and forests, he had his greatest impact. From the mega-power projects to improved forestry practices, all major industrial developments in interior and northern BC during the 1950s and 1960s had Williston's stamp on them.He oversaw the building of the Bennett Dam on the Peace River and subsequent flooding of the valley behind it -now called Williston Lake - and the flooding of the Arrow Lake and displacement of many people in the Kootenays, but he was a man of his times and was determined to pull rural British Columbia into the modern era."

Title: Forests, Power and Policy The Legacy of Ray Williston

Forests, Power and Policy The Legacy of Ray Williston