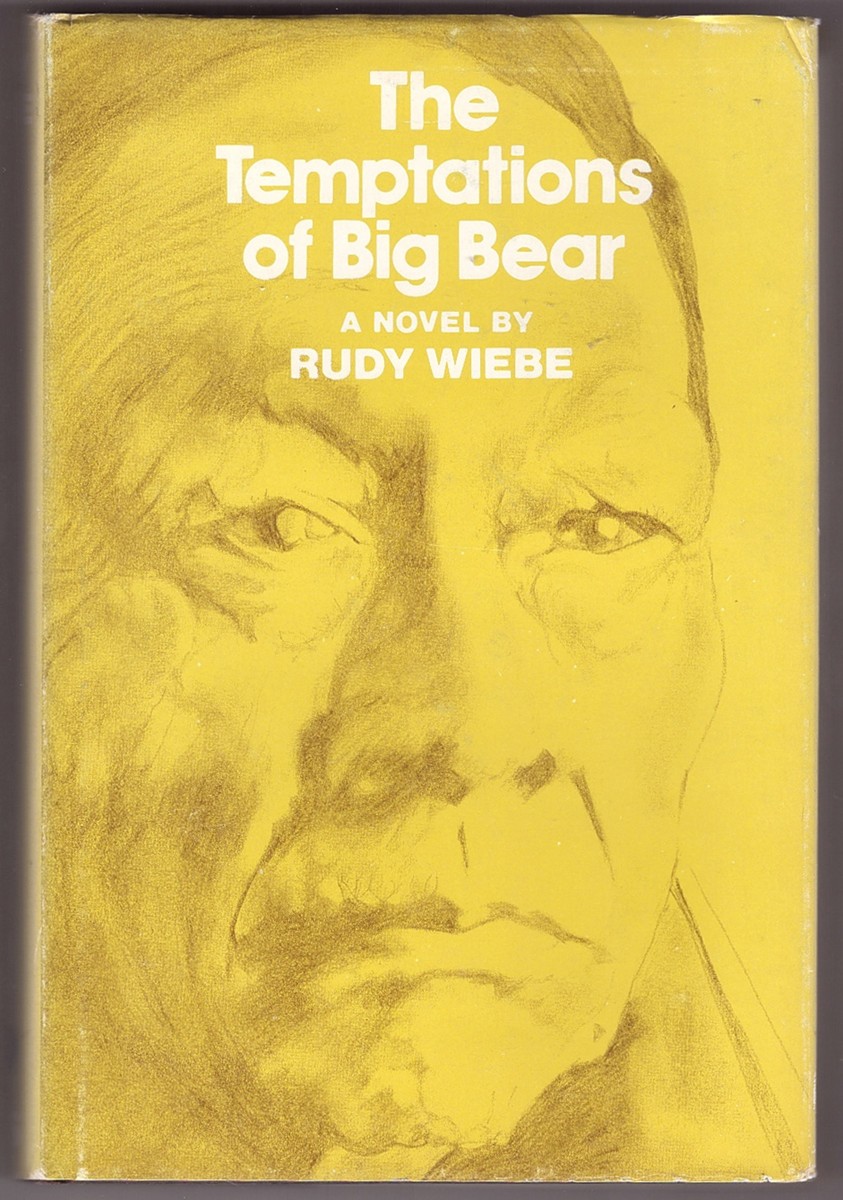 The Temptations of Big Bear

Top corner bumped, price clipped DJ has faded spine, lightly scuffed. Previous owner's name on FFEP ; DJ in Mylar A tight solid book. ; 415 pages; Wiebe's fourth novel is a moving epic of the tumultuous history of the Canadian West. From the early days of North America, European settlers forced Natives aside, taking over their land on which they had lived for thousands of years. Big Bear envisioned a Northwest in which all peoples lived together peaceably, and in the 1880s made history by standing his ground to keep his Plains Cree nation from being forced onto reserves. The buffalo food supply was vanishing, but Big Bear led his people across the prairie, resisting pressure to cede rights to the land and give up freedom in exchange for temporary nourishment. The struggle brought starvation to his followers, tearing apart the community and eventually his own family. The story follows Big Bear's life as he lives through the last buffalo hunt, the coming of the railway, the pacification of the Native tribes, and his own imprisonment. Wiebe's magnificent interpretation of Western Canadian history encompasses not only his hero's struggle for integrity and justice but also the whole richness of the Plains culture.

Title: The Temptations of Big Bear

Publisher: Toronto, ON, Mcclelland and Stewart: 1973

The Temptations of Big Bear