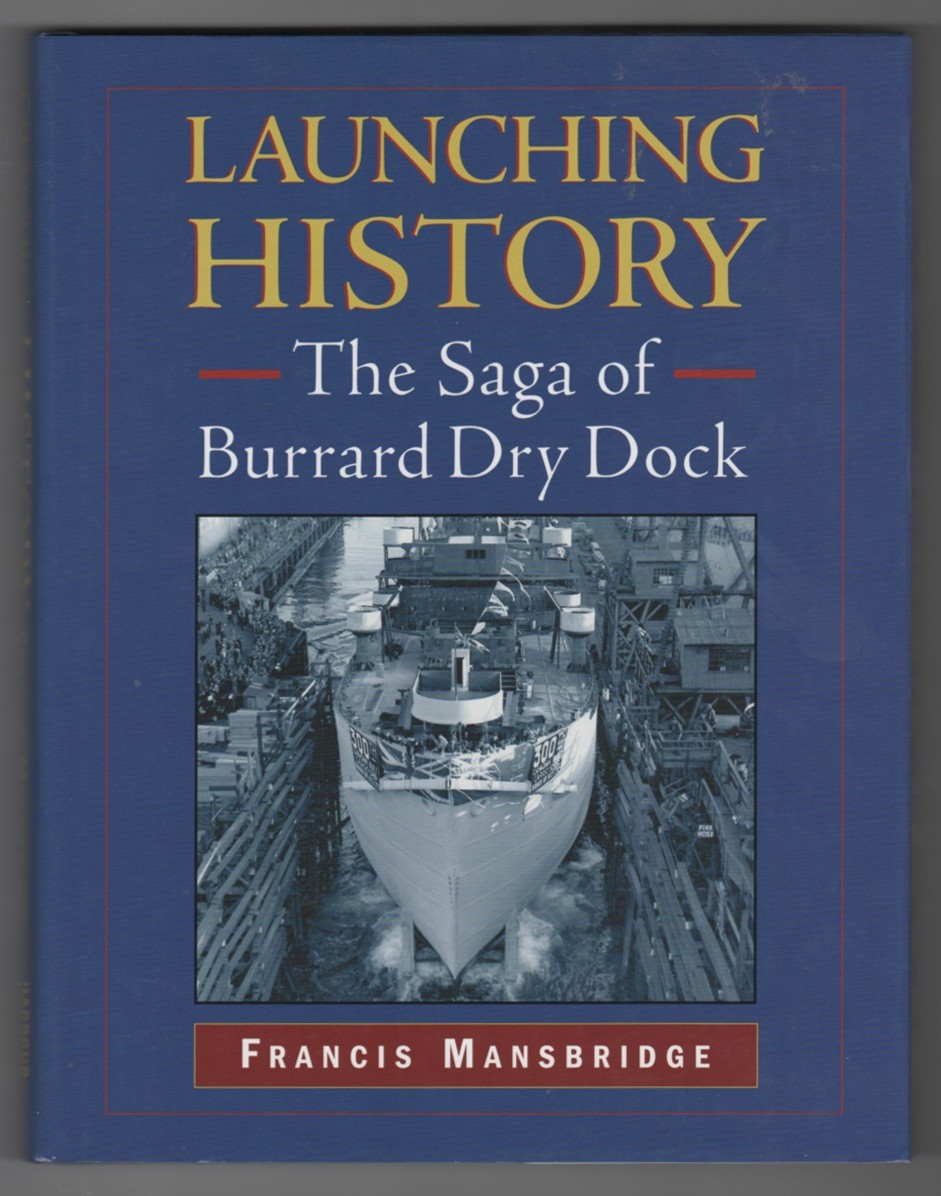 Launching History The Saga of the Burrard Dry Dock

Previous owner's name on FFEP; A bright, solid book, DJ in Mylar ; 0.9 x 11.1 x 8.4 Inches; 226 pages; When Alfred Wallace opened a shipbuilding yard at the north end of Granville Street bridge in 1894, he had little idea that the business would last nearly 100 years. Wallace Shipyards moved to North Vancouver in 1906, became Burrard Dry Dock in 1921, and Versatile Pacific in 1985, and saw changes in marine construction from wooden sailing schooners to steel icebreakers and high-tech search-and-rescue vessels. The saga of Burrard includes stories of some of the famed ships of the Union Steamship Company that opened up the BC coast; of Canada's post-World War I merchant marine fleet; of the St. Roch, the first boat to traverse the Northwest Passage in both directions and to circumnavigate North America; of the BC Ferry fleet; and of the warships and workboats that came down the ways into Burrard Inlet. It also provides a glimpse of the early years of the twentieth century on the coast, when ships were not mere transportation but also an opportunity to fuse practical workmanship with aesthetics.

Title: Launching History The Saga of the Burrard Dry Dock

Launching History The Saga of the Burrard Dry Dock